TEHKUMMAH – The Township of Tehkummah passed its 2021 operating budget, its tax rates and water and sewer rates at the March 2 council meeting, resulting in a 2.8 percent increase for the township’s ratepayers.

“Since we last spoke about the budget, we went back and did some fine tuning and our instruction to staff was to keep it under four (percent),” said clerk-administrator Silvio Berti.

Residential tax rates, the base rate for the municipality, will see a 2.8 percent increase to the mil rate. Assessments did not change in Tehkummah this year.

A copy of the budget was not included in the meeting’s agenda package but Tehkummah provided a copy to The Expositor on request.

At the meeting, Councillor Michael McKenzie asked about the number of properties included within the ‘exempt from taxation’ category, assessed at $3,043,000. These properties include churches and municipal buildings and all tax exemptions flow from Ontario’s Municipal Property Assessment Corporation.

Deputy treasurer Barb Deforge said she would find out which properties have a tax-exempt status in the township.

Council also passed an interim tax rate bylaw to allow it to begin collecting taxes this year at half the rate of the previous year, and a budget expense exclusion report that accounts for post-landfill closure costs, amortization expenses and post-employment benefits expenses, none of which regularly appear on operating budgets.

Council discussed a new service charge for turning water on and off at ratepayers’ homes. This was previously a free service but the township is now charging $25 for each of the spring and fall visits. Council previously approved this in the user fees and charges bylaw.

Residential water and sewer rates for 2021 stand at $2,039.36. Small commercial operations are set at $3,050.56 and large commercial is set at $5,075, though the larger businesses in South Baymouth have individual rates.

Ms. Deforge said Ontario Clean Water Agency, which operates the South Baymouth water treatment plant, takes care of the calls to turn water on and off. Fewer than 10 customers get this service each year.

Councillor Rick Gordon was against the annual fee increase and said South Baymouth residents were paying too much already, in his opinion.

“We have an island in the middle of Lake Huron and we pay too damn much for water. I wouldn’t want to be living in a house in South Baymouth and paying $2,000 a year for friggin’ water. I think it’s ridiculous how much they’ve got to pay,” he said.

Reeve David Jaggard countered that he believed the rates were similar to those in Mindemoya, to which Councillor Gordon replied that Mindemoya’s rates were also too high. The councillor acknowledged that a smaller user base on the water system contributes to the higher cost.

Council passed the water and sewer rates and collection policy, with Councillor Gordon voting against. 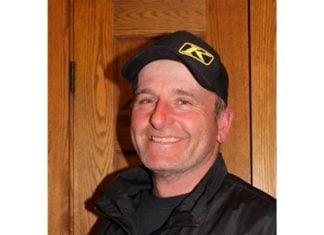 Tom Sasvari - April 9, 2021
GORE BAY - Rob Dearing of Gore Bay, who has been involved in Manitoulin Island minor hockey for over 20 years, has been selected...