Walkers raise awareness of the importance of water for future generations

MANITOULIN— Water Walkers United, a group travelling from Matane, Quebec to Madeline Island, Wisconsin, stopped in Wikwemikong last week during their sacred walk to bring attention to the gift of water, the source of all life.

“Oil spills by ship and train are of great concern to the waters from the St. Lawrence River to Lake Superior,” states the group’s website. “In order to raise awareness of the sacredness of all waters, we will walk along these precious waterways, as our ancestors did. As we walk, we sing and pray to the spirit of the water, assuring her that she has not been forgotten.”

Ms. Mandamin led a traditional ceremony and water teaching in Wikwemikong during the walkers stop in the community.

The ceremony included drumming and water songs, a pipe ceremony and teaching.

The group arrived to Manitoulin on the Chi-Cheemaun Ferry, travelling from South Baymouth to Wikwemikong. 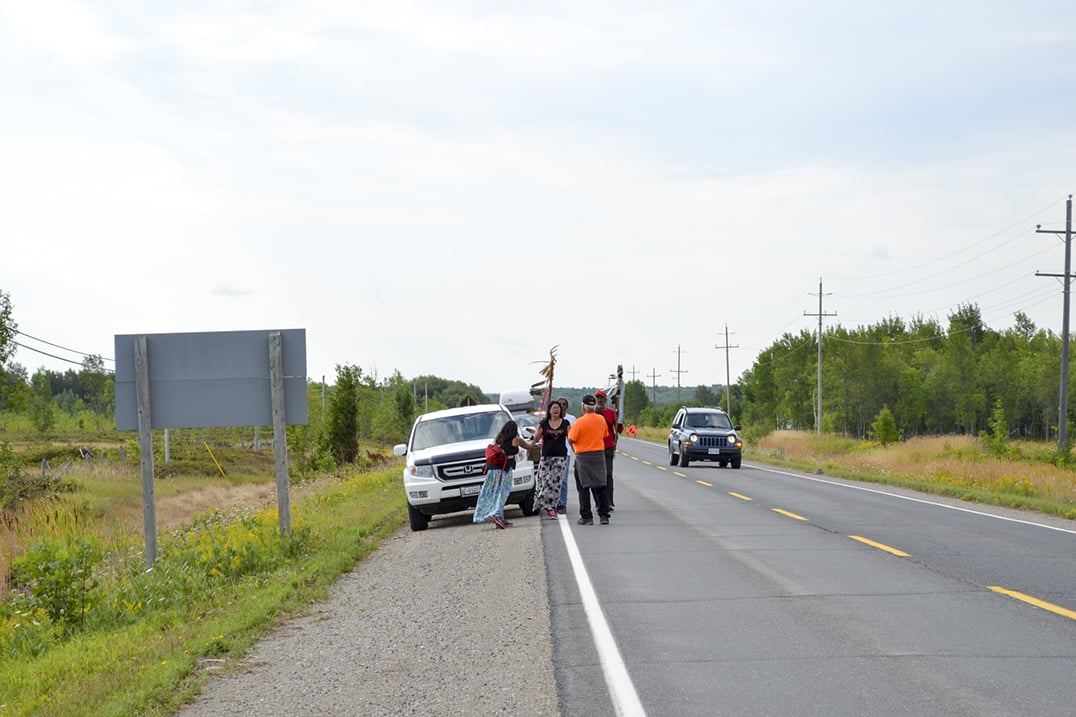 After a stop in Wikwemikong the walkers worked their way up Highway 6, crossing the swing bridge and stopping again briefly in Whitefish River First Nation.

The walkers, using a relay system, have since made their way Bruce Mines and are on route to Sault Ste. Marie. From the Sault they will travel to Sault Ste. Marie, Michigan, Duluth and eventually end on Madeline Island (estimated on August 30). 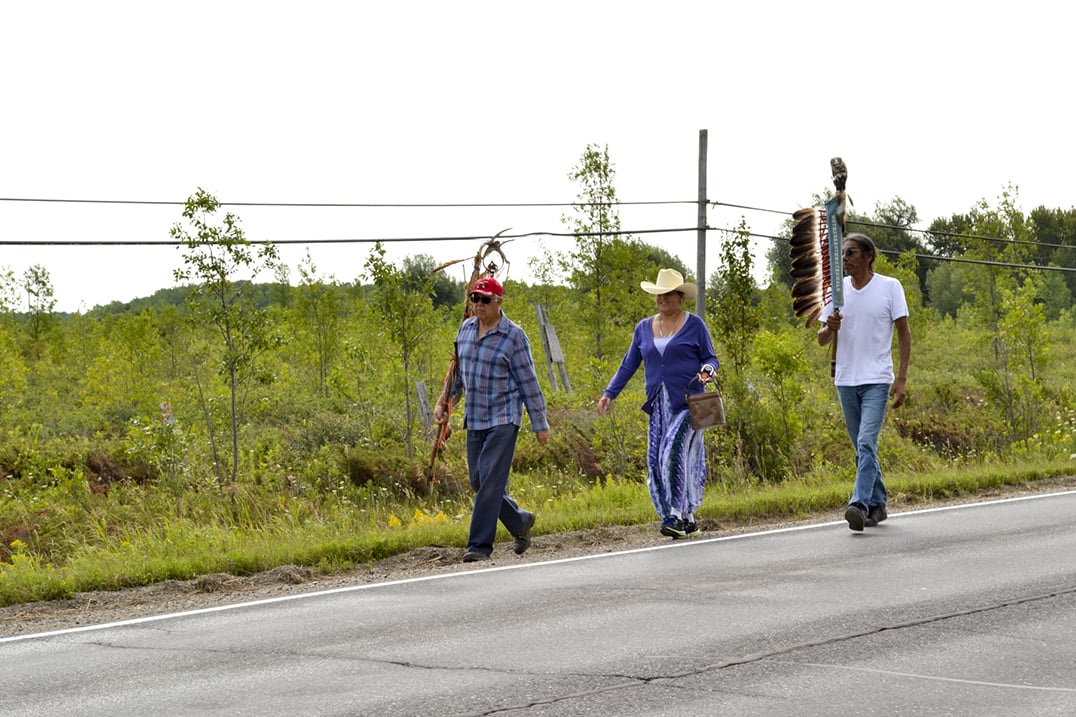 On April 18, 2003 the Mother Earth Walkers began their 2,090-kilometre journey from Bad River, Wisconsin around Lake Superior. On their journey they carried a copper bucket of water and an eagle staff, symbolizing the traditional role in Ojibwe culture of women as water protectors. Along their journey, Ms. Mandamin said that they “found the majesty of the lake overpowering. It was so strong, so pure, so clear.”

The Mother Earth Walkers did not stop at Lake Superior. They journeyed around Lake Michigan in 2004, Lake Huron in 2005, Lake Ontario in 2006, Lake Erie in 2007, Lake Michigan again in 2008 and followed the St. Lawrence River from Kingston to the Atlantic Ocean. The women walked a total of 18,549 kilometres throughout their journey of water awareness; a total of 24,113,700 steps.

In 2011, the walkers decided to unite all the waters of Mother Earth. Walkers from each of the four directions travelled across North America to bring water from the Pacific Ocean, the Gulf of Mexico, the Atlantic Ocean, and from Hudson Bay. All the water was gathered in copper pails and hand carried to Lake Superior, specifically Bad River, Wisconsin, where the original journey began.

“Anishinabe women from across North America have been inspired to take up their work and walk the waters in their community,” notes the Water Walkers United website. “All the water walks are spiritual as well as physical journeys. They call our attention to the sacredness of water. They also raise awareness of the need to take care of the water, to help our Mother Earth who is struggling to survive and provide for all her children.”

To follow the walkers route or to learn more about their journey visit www.waterwalkersunited.com.