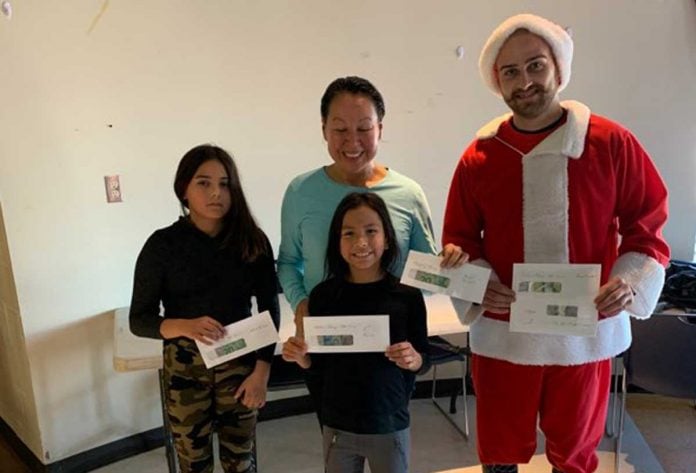 BIRCH ISLAND—Encouraging increased fitness in the community was the goal behind the Whitefish River First Nation Dashing Through the Snow fun run and a small but hardy group came out to take part despite the frosty weather.

“We want to try and get people out and engaging in healthy activities,” said race organizer Greg Sutherland. “Peggy (McGregor) called me and asked if I would help set up the fun run.”

Mr. Sutherland is no stranger to competitive running, being a regular on the podium at races across Northern Ontario as a young man. He even has an Olympic jacket at home from his time on the national team. He still runs but these days he concentrates more on his children’s training. His daughter Violet is following closely in his footsteps.

The 3.7-kilometre Dashing Through the Snow fun run took participants on a circuitous route through the streets of Whitefish River First Nation, starting and returning to the recreational complex.