WIKWEMIKONG— The sound of the Holy Cross Mission bell could be heard ringing throughout Wikwemikong the last two Wednesdays, joining the ‘wave of sound’ across the country commemorating missing and murdered aboriginal women.

“We have been ringing the bell leading up to National Aboriginal Day (Sunday, June 21),” Shanna Peltier, a member of the Youth and Mental Health Team at the Nahndahweh Tchigehgamig Health Centre, told The Expositor. “We learned about the movement across Canada and wanted to do something to show our support.”

The initiative is part of the 22 Day campaign calling on churches across the nation to ring their bells in unison at 2 pm, 1,222 times (once for each aboriginal woman currently unaccounted for in Canada) to create a wave of sound across Canada.

Ms. Peltier was joined by coworkers and community members at the Holy Cross Mission last Wednesday (as well as June 10), bringing awareness to the issue through signs and the ringing of the church bells.

Mr. Kaboni said he was inspired to write the song after hearing an interview with Prime Minister Stephen Harper. 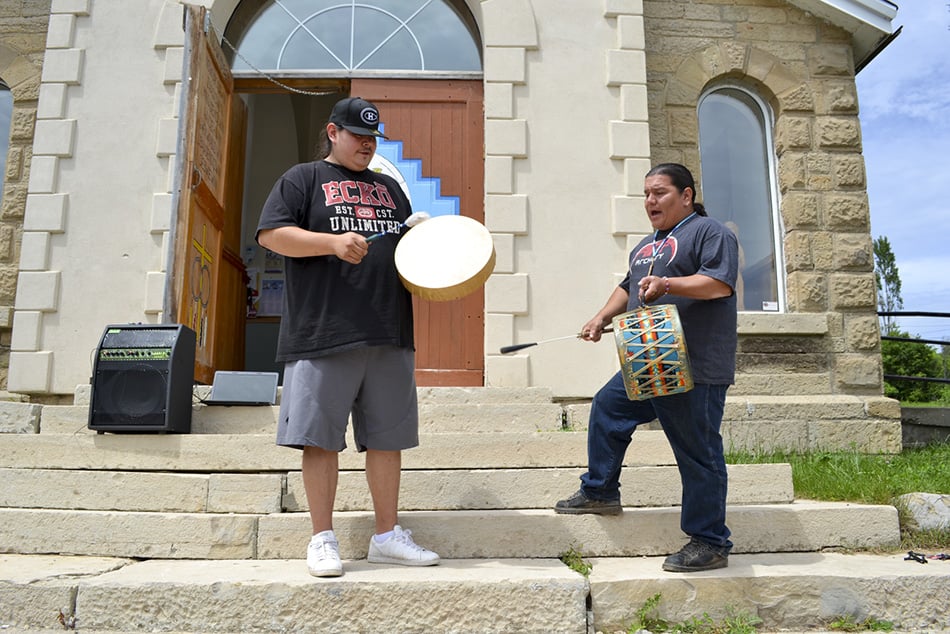 “He said there wasn’t enough money and resources to look into these women,” said Mr. Kaboni. “I turned my frustrations into this song and I encourage individuals and groups across Canada who are protesting this issue to sell the CD and use the proceeds for printing or other things to help their campaign.”

The single ‘Missing’ is available at the Wikwemikong Heritage Organization (WHO).