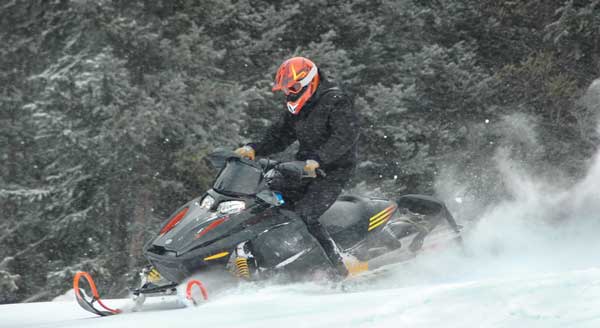 GREEN BUSH—Despite the recent article on the front page of this newspaper noting that all was coming up roses in the world of snowmobile trails on Manitoulin, members of the Manitoulin Snowdusters Snowmobile Club report that this is not the case regarding the section of trail in the Green Bush, which crosses paths with the McLean’s Mountain wind farm project.

Rick Bond of Honora Bay, who sits on the Snowdusters executive and helps to groom the trails, contacted Northland Power recently regarding what he considered to be a dangerous situation on a section of the Island’s eastern trails, and the only trail system to access Honora Bay.

Heavy equipment using the 20th Sideroad has chewed up the snowmobile thoroughfare, as has trenching activities due to the directional boring taking place along that stretch of road.

Paul Kaminski, project manager for Northland Power, explained that the directional boring along the 20th Sideroad will wrap up this week and that the trenching is done as a result of the collector cable that will run along the length of the road. Mr. Kaminski noted that Mr. Bond asked that this be smoothed out, and that he had passed this on to the contractors, White Construction, and asked them be mindful of this request.

Mr. Bond also raised the issue of missing signage for the trails, as well as a bridge that is missing railings since construction began. Mr. Kaminski said that while he was not entirely sure this was due to the contractors, he has made the construction company aware that should any signage be knocked down, they must stop immediately and right the situation. As for the bridge, Mr. Kaminski said he was hoping to set up a meeting with Mr. Bond and Stan Stret, site manager, to discuss the matter further.

“We emphasize and assure that we are listening and will do whatever it takes—we understand that we have to co-exist,” Mr. Kaminski said.

The project manager explained that there is plenty of signage in place for those using the trails, warning them of the possible dangers that lie ahead with heavy equipment sharing the trails.

“Yeah, Paul and I had a heated discussion,” Mr. Bond shared with The Expositor in a Monday night interview.

He said that the meeting between himself and Mr. Stret and Mr. Kaminski never did materialize and that he was doubtful it would. Mr. Bond said he had assurances from Mr. Kaminski that Mr. Stret would call, but as of press time Monday, his phone had yet to ring.

Currently, Mr. Bond explained the main trail, C107D which runs from Little Current to Sheguiandah, has been rerouted. When the trail comes to the intersection at the 20th Sideroad, snowmobilers will turn right and head to the Green Bush Road, over the section of road known as ‘the steps’ and come out into Honora Bay.

“In the fall, we requested 12 feet of trail instead of its usual size, they said that wouldn’t be a problem, now we have nothing,” he said, exasperation evident in his voice. Mr. Bond said he is also frustrated with the apparent lack of respect for the groomer’s arduous task, as there has been more than one occasion when, after a pass of the groomer (an expensive proposition for this small club), heavy equipment will be dispatched almost immediately afterward, ruining the trails.

Mr. Bond said the Snowdusters have raised concern about the state of the trails because of the upcoming Little Current Lions Club poker run, which will run precisely through this section of trail this Saturday, February 1.

“I warned them (Northland Power) about the amount of traffic they’re going to see this Saturday,” Mr. Bond said, adding that Saturday would be a test for Northland Power.

The Snowdusters remind riders that this section of trail is an isolated incident and that the rest of the Manitoulin trail system is groomed and ready for use. 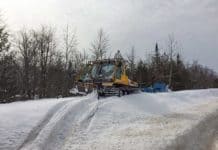 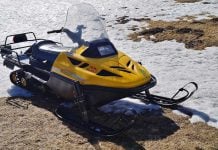 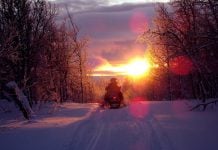 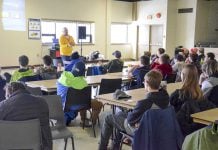 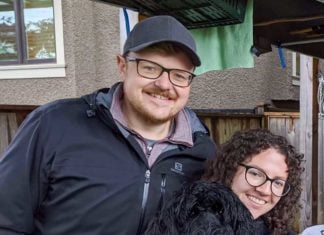