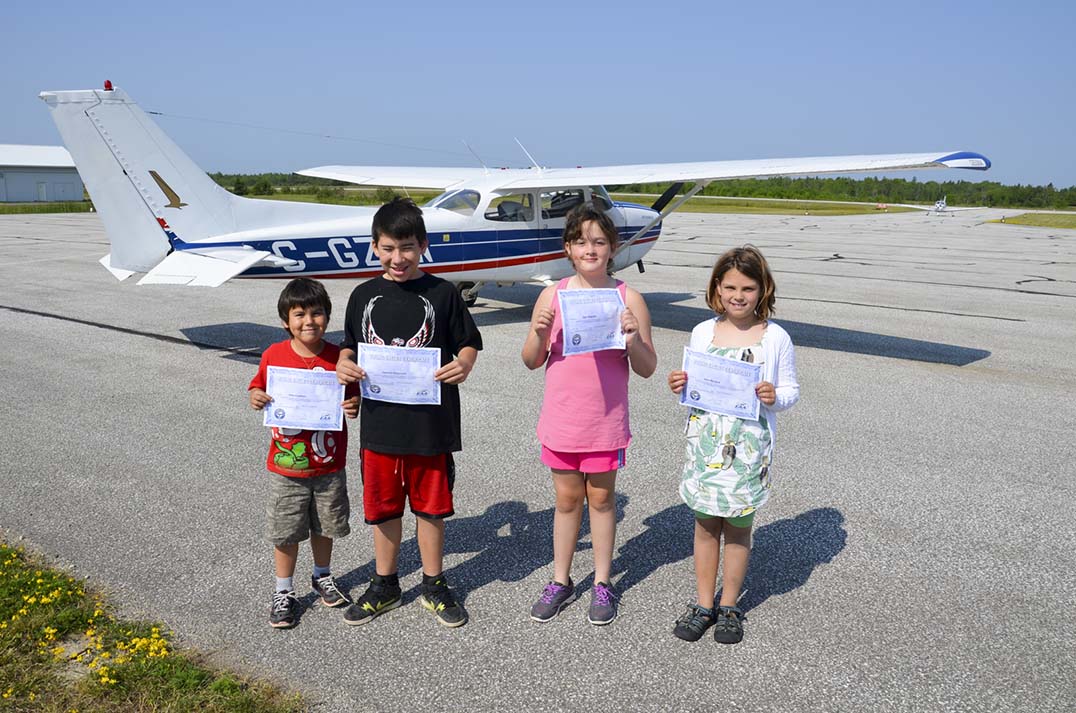 NORTHEASTERN MANITOULIN— The skies above the Manitoulin East Municipal Airport were kept buzzing as volunteer pilots from the Young Eagles (an Experimental Aircraft Association program) took 45 young people aloft for a taste of flying.

“We only had about 30 or so last year,” said organizer (and airport manager) George Dobbs. “I was really starting to worry about the future of the program.” An even bigger worry than the drop off in potential young aviators was the fast-declining health of the old guard of volunteer pilots whose efforts made the program work, but this year put that concern largely to rest as well.

“There were a whole new crew of pilots,” said Mr. Dobbs. “That is a really good thing.”

One of the pilots, Doug Sinclair, travelled all the way up from Toronto in his a Mooney, noted Mr. Dobbs and “we have Rob Sinclair who owns the Wendy’s in Espanola and flies a 172 (Cessna). The Mooney is a “retractable” (the landing gear folds up into the wings during flight) adding a whole new aspect to the usual fixed wheel personal aircraft that take part in the Young Eagles event.

The Toronto Mr. Sinclair may sport long hair and a cowboy hat, but when it comes to flying, he was all business. “The guy has just about every rating in the book,” said Mr. Dobbs.

Meanwhile, back on the ground, those awaiting their turn to go up were treated to hot dogs, courtesy of G.G.s Foodland in Little Current, and pop courtesy of the airport.

As for the young would-be aviators, their response to the day’s events were a resounding and near universal chorus of “it was fun!”