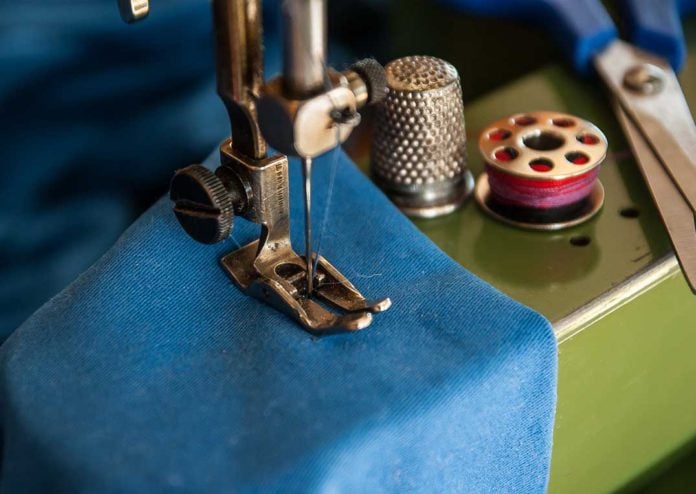 GORE BAY—Response to the 2 Blue Girlz “Be a Designer” summer workshops 2016 has been great and the girls involved are obviously enjoying their participation in the program.

2 Blue Girlz is holding the workshops on Mondays and Wednesdays throughout the months of July and August.

“Each girl is given a different job responsibility to handle,” said Kathy Antonio of My Ol’ Blues. “Bella Jefkins is the workshop coordinator, Jorja Croft is the marketing and service coordinator, with Malia Leighton as the fashion coordinator, and April Torkopolous oversees everything that is done.”

“What the girls have done is put together a workshop that runs from 1 to 4 pm on Mondays and Wednesdays. They have done two and will be putting three more on this summer,” said Ms. Antonio. “What they do is invite girls between the ages of 6-14 to the workshops, and for $20 they get to design their own patterns from a base pattern Bella made. They do the design, make a pattern, cut it out and decorate their clothing tops,” said Ms. Antonio. “And they also get to take part in a photo opportunity, ‘2 Blue Girlz Summer of 2016.’ And there are always snacks available as well.”

“The girls teach the students on every aspect on a one on one basis,” said Ms. Antonio. “The girls who sign up really seem to enjoy the workshops,” she said, pointing out there has to be a minimum of three girls on hand for each of the workshops (with a maximum of four students).

“I’ve been involved in 2 Blue Girlz for three years now,” Ms. Jefkins told the Recorder. “It’s pretty nice-it’s really fun and you learn a lot. We work with fabrics and cloth and help design as well as make patterns. And we have to also do work on marketing, promoting the workshops.”

“I like to pick out fabrics and designs,” said Ms. Jefkins. “We do lots of things.”

“And this year we are also doing the ‘Be a Designer’ workshops this summer, for girls age 6-14,” continued Ms. Jefkins. “There are four of us involved in the workshops and we each get a partner to work with and teach,” she said. “So far the workshops have been pretty successful.”

“All of this is put together by Kathy (Antonio); she volunteers her time to make this all happen. It is really nice,” said Ms. Jefkins.

“The girls are fully booked for their workshops on July 20, August 15 is full and for August 21 there are still one or two bookings, and we will possibly do one or two more after that,” said Ms. Antonio, noting the group is also looking at holding workshops at Christmas time and March Break as well.

2 Blue Girlz participants can also be found manning a booth at the Gore Bay Farmers’ Market every Friday.