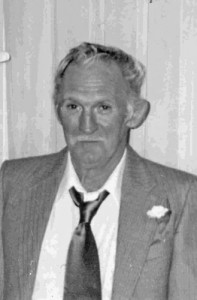 In loving memory of Ed Morrell of Little Current, who passed away peacefully at the Manitoulin Health Centre with his family by his side, after a long and courageous battle with cancer. He was born in Gore Bay, the son of the late Lawrence and Leatha Morrell (Campbell). Survived by his loving wife Debra Morrell (Manitowabi) and children Nancy Morrell of Ajax Ontario, Patrick Francis of Sagamok, Mark Lewis (Shannon) of Little Current, Cindy Peltier (Michael) of Wikwemikong, Lois Johnston and Mary Johnston of Alberta, Samantha Pheasant and Andrew Cooper both of Little Current. Very special Grandpa of Dante Lewis and Cicely Peltier of Wikwemikong. Also survived by his brothers Norris Morrell (Verna) of Massey, Lloyd Morrell (Evelyn) of Honora Bay, Evan Morrell (Gertrude) of Massey, and sister Ellen Bell (Morris) of Gore Bay. Predeceased by brother Arnold Morrell (Audrey) of Massey, and sister Ruth Robinson (Carl) of Elizabeth Bay. Son-in-law to Mervyn and Betty Crack of Little Current, and brother-in-law to Sheryl Wilkin (Ian) of Little Current, Kelly Manitowabi (Dave) of Barrie, and Stacey Crack of Little Current. Ed will be sadly missed by many nieces, nephews, cousins and friends. He will be greatly missed by his faithful canine companions Skip, Riley and Isaiah. He spent most of his working life in the underground mines of Alberta. He spent hours tinkering with cars, and was an avid collector of vintage model cars. He loved his floral and vegetable gardens, but especially enjoyed the time he spent playing with his dog Skip. He also enjoyed watching old Western movies and nature television programs, and was well known for playing a joke or two. A graveside memorial service for Ed will be held at a later date. Arrangements entrusted with Island Funeral Home, Little Current.