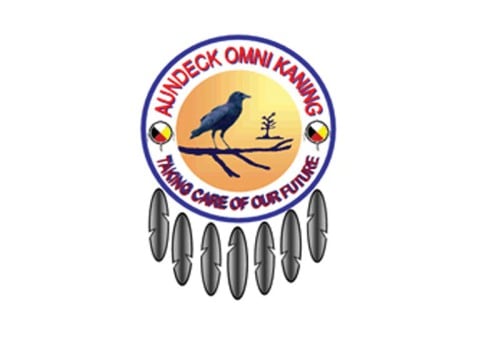 AUNDECK OMNI KANING—The Aundeck Omni Kaning First Nation is taking names and signing leases for businesses looking to set up in the community’s new multiuse complex centre on Highway 540 following a soft opening for community members earlier this month. The first public booking for the facility is slated for June 4 when comedian Don Burnstick brings his comedy show to town.

Don Burnstick is a Cree from the Alexander First Nation located outside of Edmonton. According to his website, being the youngest of 15 children (not to mention growing up on the reserve, although he does) “taught Don a variety of means of defending himself, not the least of which became his use of humour.”

Mr. Burnstick’s early life was very violent, notes his bio. “I lived on the streets of Edmonton as an alcoholic and drug addict,” he said. “In 1985, when I sobered up at 21, there were not too many 21-year-old males that were alcohol and drug free so I just started asking to go and tell my story.”

Mr. Burnstick obtained post-secondary training in holistic urban youth development at the University of San Diego, later obtaining certification as an alcohol and drug abuse counsellor, graduating from the Native Trainers Development program at the Nechi Institute in Edmonton.

Involved in the healing/personal wellness movement for the past two decades, Mr. Burnstick has “utilized humour and performance to provide a holistic approach to healing.”

Mr. Burnstick’s message “speaks to a proud heritage, the importance of healing through humour and his continuing desire to leave a better world for our future generations. In addition to his healing work, Mr. Burnstick has established himself as one of Canada’s best comedians of all times, drawing heavily on his experiences and reserve life, his highly acclaimed comedy show ‘You Might be a Redskin – Healing Through Native Humour’ is a comedic performance, “that humorously portrays First Nations people, their habits, likes and dislikes.”

“It’s going to be a good show,” said AOK Chief Patsy Corbiere, who noted that the show is a fundraiser for the community’s annual powwow in June.

The new facility will feature a new fitness centre, open to the general public, as well as a gym containing a full-sized basketball court.

“We are planning on attracting basketball tournaments,” noted Chief Corbiere. With the addition of the new Manitoulin Hotel and Conference Centre, attracting such events to the Island is now a possibility.

In addition, community activator Shaun Assinewai is currently developing programs for youth in collaboration with the seniors’ coordinator in which the new facility will play a central role.

“We are currently booking the hall,” said AOK Band Manager Charlotte Commanda. “There is space available in the complex for new businesses.”

A number of the available units are unfinished, deliberately, so that tenants are able to complete the units to suit their own needs, but the band is looking at finishing most of the units due to a different kind of demand.

“This isn’t the city,” said Chief Corbiere. “We found that people are looking for units that are already set up for them.”

Those interested in learning more about the facility are invited to contact the band’s economic development officer, Kathy Bebamash, at 705-368-2228. 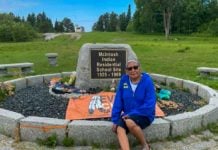 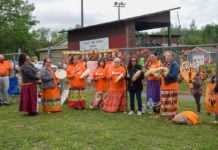 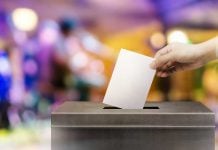 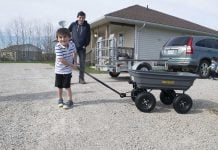