BILLINGS – The Township of Billings announced on Monday, March 16 that it would be closing its landfill site effective immediately until April 7 or an otherwise specified time, although the township has since announced a single opening day next Thursday, March 26 for garbage drop offs.

“Our motivation was to keep our staff safe, and the landfill tends to be a social place. We thought it would be in our best interest to (close the landfill) because of the social distancing,” Billings Township CAO/clerk Kathy McDonald told the Recorder this past Wednesday morning.

Like many Island municipalities, Billings Township does not have curbside trash collection. This means residents will have to store their own garbage until the landfill re-opens.

Under the more recent announcement, the municipality will open from 2 to 3 pm on Thursday, March 26 for businesses to drop off their garbage, followed by a window of 3 to 4 pm for residents.

“We’re hoping they only bring garbage and can keep their recyclables at home until we’re back to normal operations,” said Ms. McDonald.

When asked about the potential risk of a large number of people congregating on the site to drop off their trash in the limited time window, Ms. McDonald said the municipality would deal with the crowds if the problem should arise. There will be three township employees on site to manage the flow.

The Billings landfill is normally open four days per week for a total of 21 hours. In between drop-off windows, residents will have to store their trash on their own properties.

“We’re suggesting they store it in garbage containers, in a shed or wherever they can that’s out of the way of animals. Hopefully on April 7 or before then we can have it open again,” said Ms. McDonald.

She acknowledged the impacts this would have on the public but said having places on one’s property to store garbage should not be a big issue since the township has very few homes without outdoor space on the property, such as apartments.

“We’re sorry for the inconvenience to the public but the health of our staff is extremely important,” she said.

No other Island townships have announced closures or changes to their landfill sites or transfer station schedules as of press time Wednesday.

The Northeast Town landfill is another place that is known as a sort of social gathering place and concerns about that were raised at a recent Northeast Town council meeting.

CAO Dave Williamson told Northeast Town council at its March 17 meeting that landfill attendants will no longer help residents with their trash and recycling. Henceforth, residents are responsible for getting their own garbage into the proper receptacles.

Northeast Town Councillor Laurie Cook noted that social distancing was in full effect at the landfill on Tuesday and said it was the least social she had ever seen it.

Councillor Jim Ferguson spoke of the Billings’ landfill closure and commended mayor and staff for ensuring that this did not happen in the Town of Northeastern Manitoulin and the Islands.

Neither Public Health Sudbury and Districts nor the Ministry of the Environment, Conservation and Parks was able to provide comment by press time as to whether closing landfills was aligned with public health best practices to help contain COVID-19.

UPDATE (March 19): Public Health Sudbury and Districts and the Ministry of Environment, Conservation and Parks contacted The Recorder following press deadline. PHSD indicated that it had not been encouraging municipalities to close landfills due to COVID-19 but said it would help to increase distancing for the employee who works there. It also stated that this was a better time of year for individuals having to store garbage since it would not rot as fast due to the freezing overnight temperatures.

The ministry added that it had been in contact with Billings and did not have concerns with the township’s plans to restrict access so long as they continued to offer limited service. 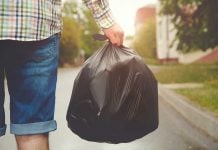 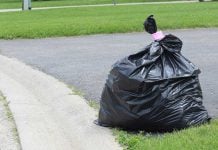