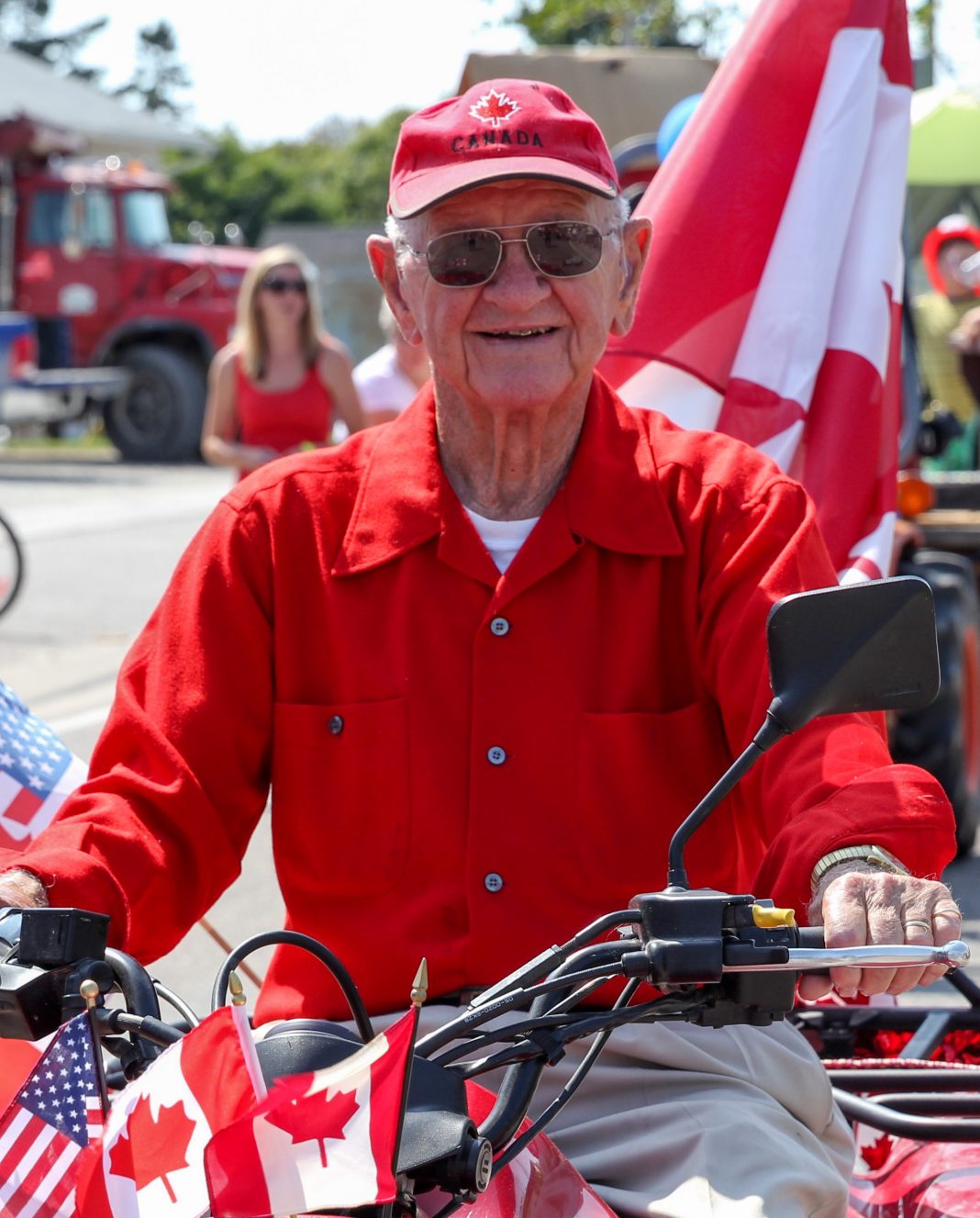 Blair Sullivan, a resident of Providence Bay, passed away peacefully with his family by his side on Tuesday, June 4, 2019 in his 95th year. Predeceased by his wife Lillian and his parents Gerald and Anna (Campbell) Sullivan. Beloved father of Blair (Jennifer Jull-Sullivan) of Wichita, Kansas and Ann Sullivan of North Bay. Blair will be sadly missed by his grandchildren Benjamin (Lindsey) Oakes, Meghan Sullivan (Christopher Hurd), Shannon (Bo) Beins as well as great-grandchildren Jackson Bear Beins and Zuri Sullivan Hurd. Blair will be deeply missed by his special friend Donna Philips, who gave him love and support through their time together. During World War II Blair served in the 516th Field Artillery Battalion which later in the war was assigned to the Ninth Army. After the war he returned to Alexandria, Indiana and married Lillian Alice Orme on July 21, 1946. He enrolled in Ball State Teachers College and graduated with a Bachelor of Science. In 1951 he and Lillian moved to Elwood, Indiana where he had begun his career in education as a biology teacher in 1949. Later he completed a Masters Degree and became the high school principal. In 1979 he and Lillian retired and moved to Providence Bay where they became active participants in the community. Together they enjoyed many years as hosts to all the guests who came to Sullivan’s Cottages. Blair was a founder of the Twilight Club for seniors and organized interesting trips and activities for the group. He served many years on the Board of Directors for the Discovery Centre. He was a faithful member of the Providence Bay United Church. He worked to renovate the church basement into a kitchen and hospitality area. Blair was also an active member of the Doric Masonic Lodge #455, Little Current. He was very proud of his membership in the Royal Canadian Legion Branch 177, Little Current. For many years Blair gave a speech to the students in Mindemoya for the November 11 Remembrance Day observance. Blair loved to be with people and make a contribution wherever needed. He will be greatly missed by his family and many friends. As expressions of sympathy, memorial donations may be made to the Trinity United Church in Mindemoya and may be made through www.simpsonfuneralhome.ca A graveside burial service will be held on Thursday, June 13, 2019 at 11 am at the Providence Bay Cemetery. A celebration of Blair’s life will be held in August. Details to follow.