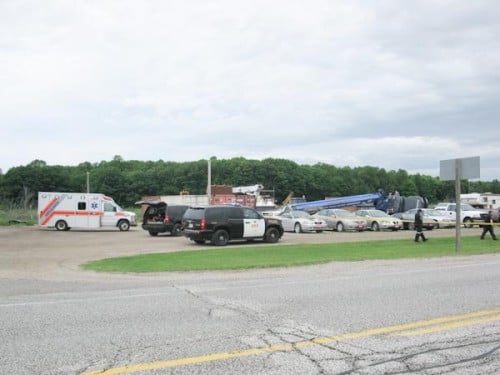 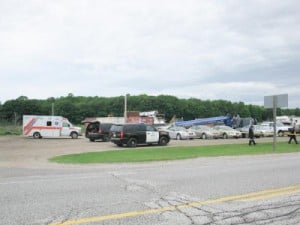 On Thursday, June 21, at approximately 3 pm at Dad’s Sales and Service in Ice Lake, Mr. Gatchell was at the West End business to pick up belongings from the sale of his house, located on Poplar Road, his sister Sandra Berthelot explained. Mr. Gatchell and the car lot’s proprietor Ron Campbell were friends, she added, noting that Mr. Campbell had allowed her brother to keep his belongings on his property, which included a truck, camper and trailer, until he was able to pick them up, which he was doing that day. Mr. Gatchell had lived on Manitoulin for a year-and-a-half before moving back to Massey and taking up residence on the family farm. He was in the salvage business, she said.

While the trailer was being loaded using the boom truck, Ms. Berthelot explained that the boom truck crane upset, crashing down on her brother’s truck. Seeing the impending accident, Mr. Gatchell quickly pushed his girlfriend and another young man, who was helping with the move, out of the way. Tragically, Mr. Gatchell could not save himself. The ball from the crane struck him in the head, nearly decapitating him. The grandfather of four was killed instantly, Ms. Berthelot told The Expositor Monday.

“He was quite the man,” Ms. Berthelot told The Expositor following the Monday funeral for her brother. “His life revolved around his four grandchildren (and one on the way).”

She spoke fondly of her brother, noting that he had a passion for the outdoors which included fishing, hunting and camping with special memories of trips up the Tote Road and to Manitoulin.

“He would give the shirt off his back and his last penny to help someone—he was a caring and loving person,” she added.

The sister noted the Manitoulin Victim Crisis and Referral Service and its help with assisting Mr. Gatchell’s girlfriend, who witnessed the events. “VCARS was with her all day and really helped her out a lot,” she said, noting that the Espanola branch drove with his girlfriend to Massey to help her break the news to Mr. Gatchell’s parents. “It’s nice that they were there.” 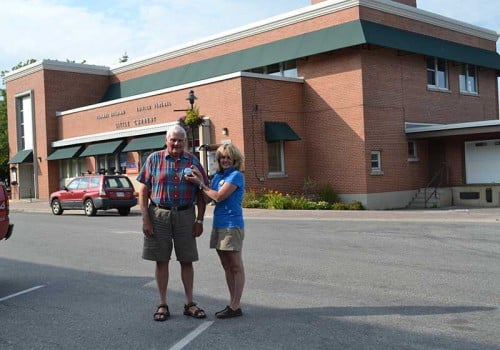 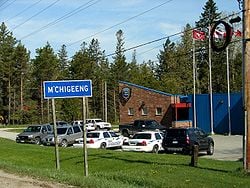 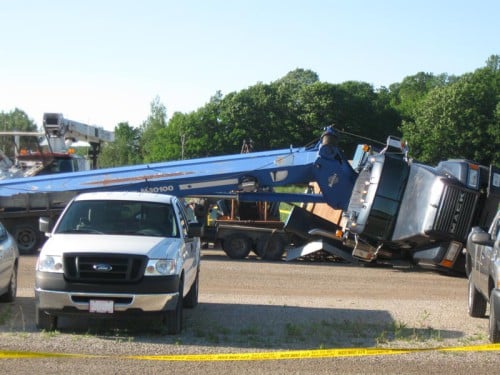