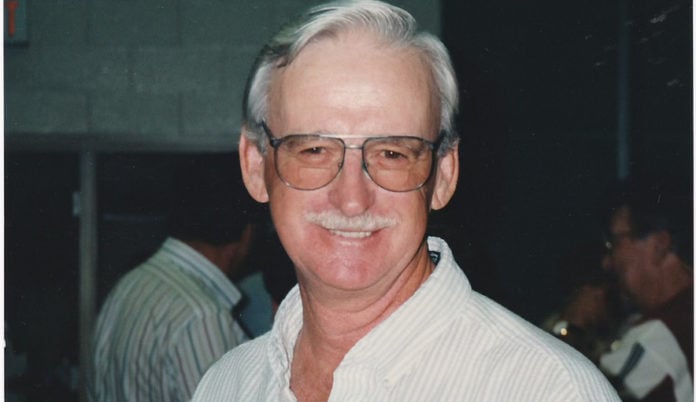 CAPTAIN CLIFFORD MORRISON
Family and friends of Captain Clifford Morrison are heartbroken with his passing at the age of 84. Cliff was married to Julie (nee Sinclair) for 43 years. She adored him. He was the proud father of Jennifer (Ceri), Jeff (Carol), Cathy (Ron), Scott and Jane (Bruce). He was loved by grandchildren Carly (Jamie), Kelsey, Christopher, Sydney, Paige, Elaine, Logan and Justin, and great-grandchildren Ivy and Ronan. Cliff was predeceased by his father Angus (1962), his mother Violet (nee Duxbury, 1996) and brother Gilmore (Ruth). He is survived by his loving sister Sharon (Glenn) and brother Rod (Joyce), and many devoted nieces and nephews. Cliff was a kind and soft-spoken man, loved and admired by everyone who knew him. He was born and raised on the Manitoulin Island until the family moved to Amherstburg when he was 10. The Island drew him back, and he spent his summers there for 32 years. He began his sailing career helping in the galley for his father Captain Angus Morrison on the tug Patricia McQueen when he was 14. As a tug captain himself, Cliff was licenced in both Canadian and US waters, working on the Detroit River and Great Lakes until he retired in 1998. Cliff was artistic from the time he was a child when he began to draw boats and ships. He made many small wooden boats for his nephews, and later in life, he began to make detailed models of tugs and ships – working out the scale and measurements from original plans, fashioning the parts from wood and found materials. He donated some of these models to organizations such as the Marsh Collection Society in Amherstburg and the Red Schoolhouse Museum in South Baymouth. Children always loved Cliff for his gentle nature and twinkling humour, teaching them, for example, that it is acceptable to swipe a finger through the icing on an untouched cake. He liked to tell family stories, and he remembered his Grandma Annie Duxbury with great love. He was unendingly patient, doing everything with meticulousness and precision, whether it was fileting small lake perch or painting lettering on the side of a tug. Per his wishes, Captain Morrison has been cremated. A memorial service is being planned on the
Manitoulin Island in 2023.