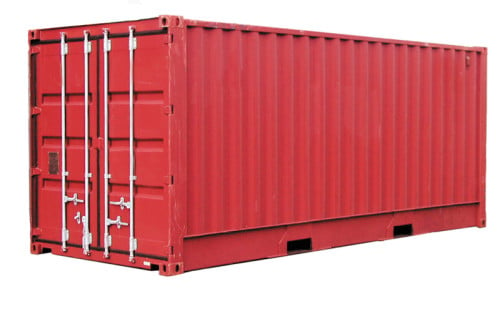 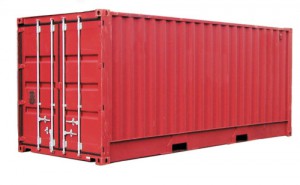 MINDEMOYA—Central Manitoulin is looking at a proposed bylaw for portable storage units and sea containers, which are currently prohibited in the town, but are walking a fine line of balancing the needs of those who want and do not want them.

Reeve Gerry Strong suggested the proposed bylaw will put more control over decisions regarding the storage containers in council’s hands, but in turn would leave little to no recourse for owners of the containers and neighbouring property owners.

A local businessman who attended the Thursday, December 15 meeting urged council to be careful it does not make the bylaw too restrictive for the people using portable storage containers, such as people building structures on their property who need to store building materials.

“I don’t feel that this bylaw should go forward, as it would remove both an applicant and an adjacent land owners’ right to appeal (to the Ontario Municipal Board (OMB)), should placement of a container be allowed by council,” Mr. Strong told a public meeting last week. He said he felt the existing bylaw should be used to control placement and use of these containers at this time.

Mr. Strong also explained that within the next two years, all municipalities on the Island will receive a request by the Manitoulin Planning Board to draft new zoning bylaws as part of the official plan. With this review in the near future, Mr. Strong said it may be a better time to revisit and deal with this issue.

While the current municipal bylaws do not reflect any mention of sea containers or portable storage bins, the purpose of the zoning meeting was to present a bylaw that would loosen the restrictions on such containers. This would allow agricultural and rural zone property owners to avoid going through the amendment process at a personal cost of $300.

Mr. Strong said if the proposed bylaw was put in place, it would be council’s decision to either grant or turn down applications for the storage container’s use. People making applications for their use (as well as any appeal from neighbouring property owners) would not be able to appeal a decision. Currently the property owner has to the right to make an appeal to the OMB.

At the public meeting, Andrew O’Reilly, chief building officer of the municipality, explained “in regards to a zoning amendment bylaw on storage units and sea containers, this would include all lands in the municipality.” He pointed out the purpose of amending the bylaw was to add portable storage units and sea containers that could be used for storage only, not human habitation. It would add a provision the units would only be allowed on a temporary placement of one year during a construction period.

“You are not looking at banning the storage containers, but allow them under permit being applied for and used?” asked Paul Sheppard.

Mr. Strong further noted that currently, portable storage containers and sea containers are not permitted under the municipal bylaws, but if by application they are turned down, the proponent can appeal to the OMB, but this would be taken away with the amendment bylaw. The decision would be council’s alone.

Glenn Black, a resident of Providence Bay who is also on the Safe Storage, Environment and Accommodation Committee (SSEA Container Committee), which is a non-profit group with the mission to promote the responsible, effective, and environmentally sound re-use of de-commissioned shipping containers, made a presentation to council and other attendees.

He showed council a series of photographs of many different types of containers and suggested that the definition used in this bylaw may not be acceptable and that a ban on the use of these containers for residential use may be illegal under the Planning Act and other statutes.

“SSEA wants to build awareness of the issues, provide options and opportunities for Central Manitoulin and see if we can come together to provide what’s best to foster community consensus and avoid/prevent polarization of the community,” said Mr. Black.

Mr. Black also raised concerns as to what is the definition of a portable storage unit. “I had difficulties with what the municipality intends for their use and where the municipality wants to go on this issue. I am looking for clarity on this for all the municipal citizens,” said Mr. Black.

Mr. Black said the SSEA Committee believes, “use of used or refurbished sea containers is environmentally responsible,” and would provide better opportunities for housing than new construction in many areas. “The proposed bylaw is unclear, ambiguous, has significant unintended consequences, adds unnecessary cost and bureaucracy, is probably unenforceable in court, and may violate Canada’s Charter of Rights and Freedoms.”

“The definition of portable storage units is so broad in scope that it may include tradesman’s utility trailers, domestic garbage cans, and other un-intended victims, thereby making it open to legal challenges and making the bylaw unenforceable or void,” continued Mr. Black. He said the municipality, “has failed to adequately disclose everything about the bylaw, proposed permit process, and other details, contrary to the municipality’s responsibilities under the Planning Act. The current bylaw proposal is a black box that will be stuffed full of unknown bureaucracy later. This violates the principle of fairness, transparency, openness, and good governance.”

“Under the planning act, all municipalities are responsible to plan for, and ensure adequate affordable housing exists,” said Mr. Black. “There has been a chronic shortage of affordable housing in Central Manitoulin, with no end in sight.”

“To ban the use of sea container for residences prior to meeting Central Manitoulin’s obligations to ensure affordable housing exists is not recommended, may put many citizens at greater risk, may be illegal under the planning act and other statutes, and may lead to significant polarization of the community,” continued Mr. Black.

Mr. Strong acknowledged, “The intent of the bylaw is to look at storage only.”

Owen Legge asked the CBO what was meant by suitable foundation as stated in the schedule to the bylaw. Mr. O’Reilly said that this could be as simple as a mud sill, but each case would have to be assessed based upon location and intended use.

Councillor Adam McDonald said it would be nice to hear how onerous it is for applicants to go through the zoning amendment process to use these type of portable storage units. “It would be nice to see what a local businessman or applicant’s concerns are or how complicated the process is to be able to use the containers.”

Mr. Legge said, “it is not really that difficult. It all comes down to common sense.”

Councillor Derek Stephens said, “this issue has been going on a long time. This, and previous, councils have done a lot of research on it. Why would we put off a decision again, we have been waiting for the zoning bylaw amendment decision to be made. I’m in favour of council making a decision on this issue tonight.”

“The whole idea was to streamline the process, simplify it for ratepayers, not make it more difficult and have road blocks set up,” said councillor Patricia MacDonald. “We need to decide which way go, but I would suggest we can make this decision after the committee has the chance to look at it.”

Councillor Gloria Haner said, “originally I felt council could make a decision at tonight’s meeting to make the process easier and to save ratepayers some money, not charge $300 for an application. Then I found out other municipalities charge as much as $600 for an application.” She indicated she is in favour of having the finance and economic development committee review this subject at their next meeting and then would be able to support a recommendation to council.”

Mr. Legge pointed out for businesses just starting out, “there may be a need for portable containers, so you have to be careful in not restricting their use or application process too much.”

All of council, except for Mr. Stephens, were in favour of a motion to send the issue to committee for review and a recommendation being made to council.