MINDEMOYA—The town of Mindemoya has seen continuous growth for some time now, but a new addition coming will not be a building, but rather a creative arts project ending with a sculpture to be erected by the lake.

The arts organization 4elements has joined with Manitoulin Island Cycling Advocates (MICA) to work with the split Grade 7 and 8 class at Central Manitoulin Public School (CMPS) to design the sculpture. The executive director of 4elements, Sophie Edwards, explained that the organization had received funding from the Ontario Arts Council (OAC) to partner with MICA, a non-arts program, to create the design for permanent sculptures on cycle trails.

At the first meeting with the students, they met with Maja Mielonen, head of MICA, Guy Nielon, also a MICA board member, who will be erecting a maquette, (which is a smaller version of the intended sculpture), Heather Toma, a 4elements member, and Ms. Edwards and were given wire and wood shims to design and make a sculpture with as a preliminary endeavour. It was explained that there would be two designs for the project itself, one conceptual based and the other having an emotional base and the best sculpture would earn a permanent site specific spot. The designs would be quite different from each other and would be judged on five criteria including visual aspects, emotional or intellectual interest, the viability of the structure, the proposed scale and the connection to the site and community. After the class, the students joined Ms. Mielonen and Mr. Nielon for a biking trip through Mindemoya and on to a woods path leading to the site where the sculpture will be erected.

The vetting of the two sculptures occurred at CMPS with Central Manitoulin Councillor Pat MacDonald and Mr. Nielon acting as judges. Ms. Edwards had high praise for the students, saying, “The class has been very, very busy. I am really proud that you have pushed yourself to this point.” Mariana Lafrance, an artist on the endeavour with Ms. Edwards agreed, saying “This has been quite the involved project. It started hands on with the sculpture right away for a feel for the material being used and to get ideas for the project. The key to this project was not just the sculpture, but also the biking–biking to the site so the students could see the site and how the sculpture would fit in that space.”

The students were told that even though there were two sculpture designs, the project was not a competition and that both sculptures belong to the whole class. It was not two teams vying for the same prize. The first sculpture shown to the class was called Freedom of Flight with the drawing of a base and three birds in flight done by student Julia Desbiens. Taylor Smith and Amber Wahl explained that their sculpture would be about nine feet tall, that the emotion felt was freedom and that the birds were not restricted, that they are going separate ways. As Taylor explained, the fact that the birds are on different paths shows that you can break away from anything. “We had a ton of fun doing this sculpture,” Amber added.

Students Morgan Wahl-Varey and Marjorie Scott then showed the drawing for their piece which was about the experience of riding a bike. As they explained, the title GAD showed that there are good and bad things about biking with the smooth lines of their sculpture drawing showing that some people like to go fast and the jagged lines sharing emotions such as scared, bored or having a bumpy ride. All the parts of the design are connected for the feel of a bike ride.

Ms. MacDonald was pleased to be asked to judge the two sculptures as a representative of Central Manitoulin municipal council and shared her thoughts on each one. “The piece entitled Freedom of Flight was intended to be about the emotions of riding a bicycle and the gull depicted flying high above the viewer were certainly effective in communicating a feeling of freedom,” she noted, “and the simplicity of the piece added to its visual appeal, demonstrating free, unconstricted birds flying their own paths. This piece would suit the beach location very well.”

In talking about the second sculpture, Ms. MacDonald said that the circular motion of the piece with geometric figures around a circle gave it a visual appeal that made her think not only about cycling, but also about our community with its continuity and stability and added, “I would really like to see both of these metal sculptures located in our community and would like to support the ongoing project by advocating to other council members and municipal staff to assist in identifying potential funding sources.”

Mr. Nielon found the Freedom of Flight model to be pleasant and very calming to look at and noted that there were no issues as to the viability of the artwork and that it would be able to handle anything nature throws at it. He found the second piece, the GADbike, to have visual appeal, to be very interesting and remarked that the design draws the viewer. “I had no problem seeing the cycling aspect of this,” he told the class, and went on to say that this sculpture too would withstand the weather. As far as the connection of the piece with the site specific park area, he said, “I see the conceptual idea of life.”

Mr. Nielon will be building the scaled down sculpture, made of rebar and steel, in the next few weeks and 4elements will begin fundraising for the permanent structure.  The sculpture chosen was Freedom of Flight. 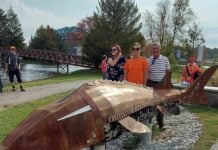 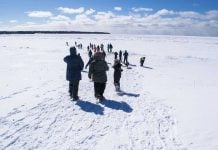 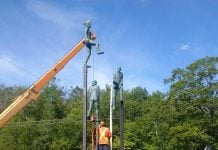 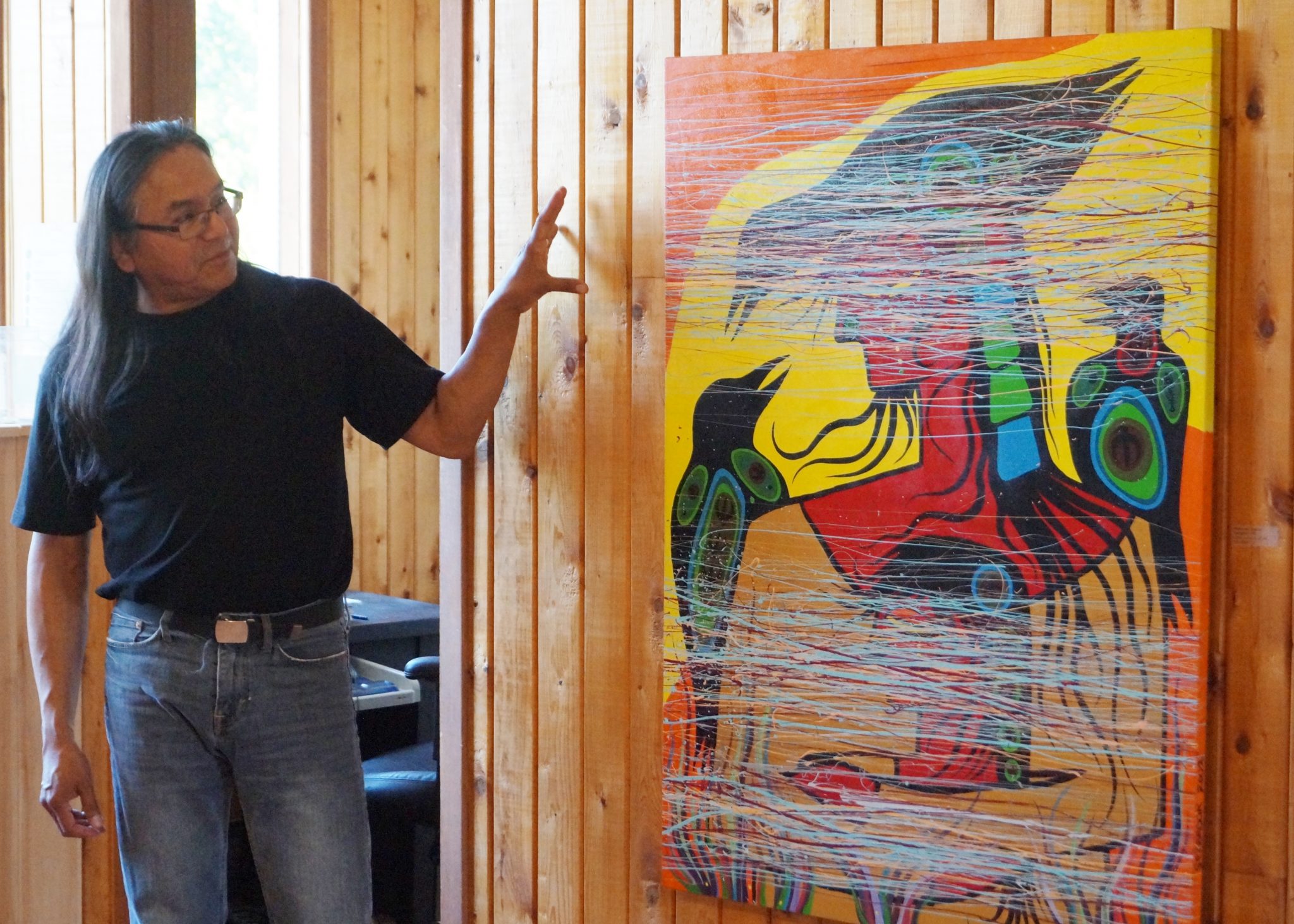 New works by Mark Seabrook on display at 4elements this summer