OWEN SOUND–The awarding of the contract to modify fenders for the Chi-Cheemaun ferry at the South Baymouth and Tobermory berths is expected sometime later today. The $292,000 contract was made possible when Minister of Northern Development and Mines Minister Michael Gravelle freed up the funds for the modifications despite an ongoing dispute over who is responsible for the work.

Lowering water levels in the Great Lakes and Lake Huron in particular has led to fenders that protect the ferry from being damaged by the wharf being too high to safely do their job. 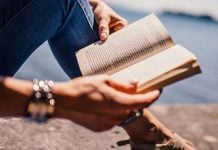