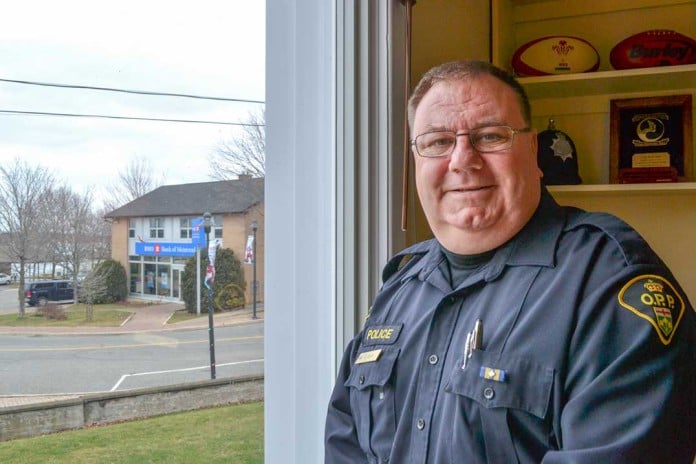 Ottawa – One of the many reasons Manitoulin Island is such a great place is thanks to the dedication and community service of people like retired OPP Constable Al Boyd, according to Carol Hughes, MP for Algoma-Manitoulin-Kapuskasing.

Hughes delivered a statement in the House of Commons Monday about Mr. Boyd, paying tribute to the many ways he dedicated himself to his community and distinguished himself along the way.

“Though he grew up in Montreal,” said Hughes, “Al quickly adapted to life on Manitoulin Island and adopted it as his own.”

“While many people know him as a Community Services Officer, he performed many different roles, both within the OPP, in his community of Little Current, and on Manitoulin Island,” said Hughes.

He was named Volunteer of the Year in recognition of his work with Manitoulin North Shore Victim Services and was a welcome voice on the radio as he delivered daily OPP reports of news, road conditions, and events.

“Al was instrumental in the implementation of the UCCM Tribal Police and built bridges with the Island’s First Nation,” said Hughes. “His voice was always welcome and instantly recognizable as he delivered daily OPP radio reports.”

Mr. Boyd joined the OPP Auxiliary before becoming a police officer and was a crisis negotiator with the Northeast Region which led him to develop a safety program unlike any other in the North.

“I ask all Members to join me and offer our thanks to Al Boyd for his dedication and commitment to public safety over the years and congratulations on a great career,” says Hughes.