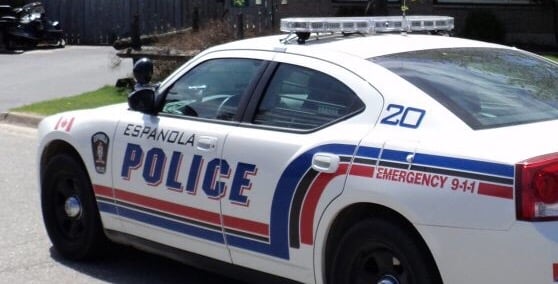 The Espanola Police Service and the Ontario Provincial Police are currently investigating a threat against Espanola High School.

“We take these threats seriously,” said Norm Blaseg, Director of Education for Rainbow District School Board. “As a result, we have implemented precautionary measures. Parents/guardians are asked to ensure that they do not send their children to Espanola High School and A.B. Ellis Public School on Monday, October 17, 2016.” Classes are expected to resume on Tuesday, October 18, 2016.

He added: “All parents/guardians can be assured that we will continue to remain vigilant and work with the Espanola Police Service and Ontario Provincial Police as they continue their investigation. The safety of the students in our care is always first and foremost.”

Chief Steven Edwards would like to assure the community that it is safe. “The Espanola Police Service takes these investigations seriously and is working with the school community to ensure the well-being of students and staff.”

He added: “Communications have flowed very well between the schools and the police. All precautions are being taken before day-to-day business resumes. We are all erring on the side of caution.”