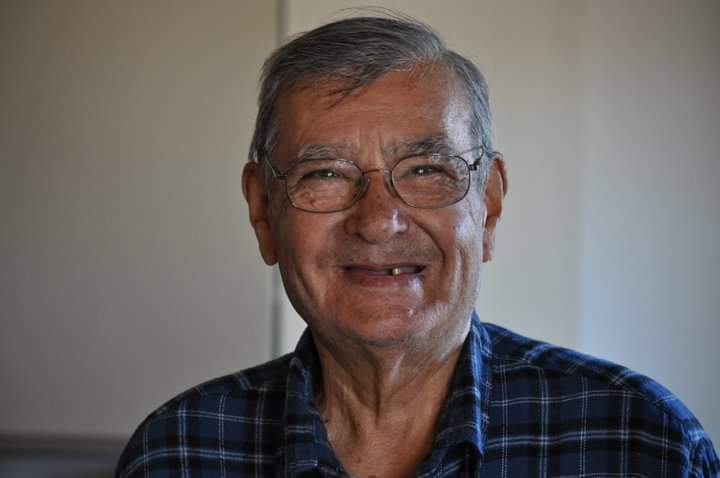 EUGENE ALFRED PELTIER
(ESHKIBAGAWA)
Eugene, also known as Etuk by his siblings, entered the spirit world on April 10, 2020 at the age of 95. Eugene was the eldest of six children. He was born in Wikwemikong, Ontario to Thomas Peltier and Anne Shawanda; grandson of Joseph Peltier and Sophie De Lamorandiere (of Killarney). Eugene was predeceased in death by his wife Stella (nee Recollet). Children Ron (Beatrice), Glenn (pre-deceased), Brian (Catherine), Linda (Byron) and Arlene. Predeceased by his second wife Honorine (nee Corbiere). Children Warren (Nikky) and Wayne. Eugene had 12 grandchildren and eight great-grandchildren who will miss him dearly. Eugene will be joining his siblings in the spirit world: Robert, Rosemary, Yvonne, Wilfred and Tom. He will be remembered fondly by his godson Roland Bebamikawe and many friends, family, in-laws and by his dog Dobey. Eugene was a Canadian veteran of WWII in which he fought in the Italian Campaign in the Battle of Ortona. He worked in the U.S. as a Great Lakes seaman and also as a service technician and moved to Ontario to retire where he built his home. Eugene dedicated his longevity life to the fresh clean mountain air, healthy eating, and was well- known for his vitamin and Omega-3 regimen. He was an avid reader, loved classical music, had a great sense of humour and loved telling jokes. He was interested in world news, politics, stock market and trading. He loved the outdoors, nature and feeding the birds. He never liked to cook and would rather be working outside on his various projects. He always appreciated visits from family and friends. Due to COVID-19 and funeral restrictions, a private service will be held. A Celebration of his Life will be held once hugs are allowed again. In lieu of flowers or donations, Eugene would have appreciated you feeding the birds.
He will remain in our hearts forever!