GORE BAY – Both the Member of Parliament (MP) for Algoma-Manitoulin-Kapuskasing (AMK), Carol Hughes, and Mike Addison, manager of the Lacloche-Manitoulin Business Assistance Corporation (LAMBAC) are pleased that FedNor has been established as a stand-alone agency and should provide better service to Northern Ontario.

“This is something the NDP has been advocating for,  for quite a few years now,” stated Carol Hughes, MP for AMK.

“This will give FedNor more control over what they do,” said Mr. Addison of the government announcement.

Mr. Addison explained that FedNor has the contract with all Community Future Development Corporations (CFDCs), and they look after 25 CFDCs in Northern Ontario.

FedNor, which previously operated as an initiative of Innovation, Science and Economic Development Canada, will now function as a standalone agency for economic development in Northern Ontario.

Mr. Addison also informed The Expositor that LAMBAC received an additional funding boost of $848,000 from FedNor to help provide small local businesses within its area with COVID-19 relief  loans. In total, LAMBAC has received $4,629,000 to help out small businesses with funding and loans to get through the pandemic. This funding is on top of the $2.6 million LAMBAC has received over the past year for its regular business loans, such as the Northern Ontario Women’s Project.

Since 1987, FedNor has served as the federal economic development organization for Northern Ontario, helping entrepreneurs start and grow businesses and create the conditions for the development of strong, dynamic and inclusive regional innovation ecosystems. 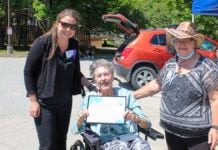 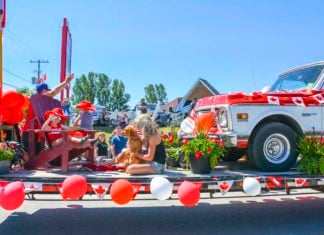