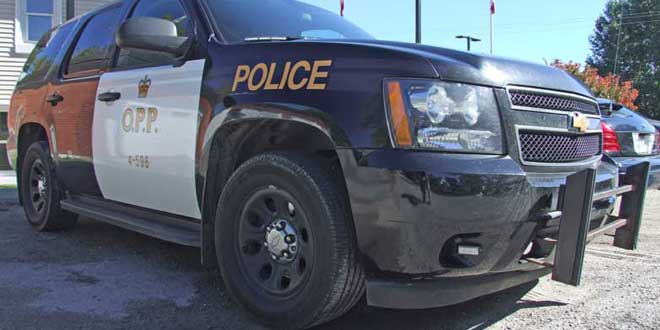 MANITOULIN – The Manitoulin Detachment of the Ontario Provincial Police (OPP) was out in full force during the 2014 holiday season. The Festive R.I.D.E. (Reduce Impaired Driving Everywhere) campaign concluded on January 2, 2015. During this season, our province issued 485 warn range suspensions, 593 impaired charges and conducted more than 8,000 R.I.D.E. check stops.  When comparing the numbers to last year, the OPP is disappointed to see little change in this season’s campaign and the last one.  Sadly, one person died in an impaired-related collision on December 20, 2014.

The OPP reminds drivers that there is no safe amount of alcohol consumption when driving.  This is evident every year in the number of Warn Range Suspensions the OPP issues to drivers whose Blood Alcohol Concentration (BAC) falls within the 0.05 to 0.08 range. Those who are issued a Warn Range Suspension immediately lose their licence at the roadside.

The OPP knows that the vast majority of drivers do understand that enforcement is only part of the solution and that driving sober is the single most important factor in ending the numerous impaired driving related collisions and deaths that occur on Ontario roads every year.

The irresponsible behaviour of one driver can negatively affect the lives of many.  Never allow yourself to drink and drive, never allow someone you suspect is impaired by alcohol or drugs to drive.  Call 9-1-1 to report an impaired driver to the police or take some other action that removes impaired drivers off the roads.