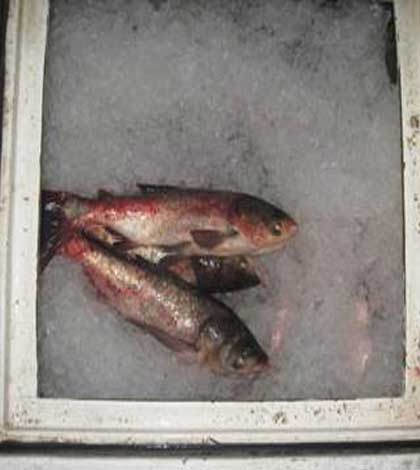 An Edmonton, Alberta, trucking company and a Markham, Ontario, truck driver have been fined a total of $75,000 for possessing live Asian carp in Ontario.

Alltheway Trucking Inc. and Yong-Sheng Zhang were each found guilty under the federal Fisheries Act for possessing live invasive fish. The company was fined $70,000 and the truck driver was fined $5,000. In addition, over 3,000 kilograms of grass carp was forfeited to the Crown.

The court heard that on January 25, 2012, a truck from Alltheway Trucking Inc. entered Canada at the Ambassador Bridge’s Windsor/Detroit border crossing carrying grass and bighead carp from the state of Arkansas. The Canada Border Services Agency (CBSA) contacted the Ministry of Natural Resources to assist with the inspection of the truck. Conservation officers with the Lake Erie Enforcement Unit inspected the truck and found that some of the grass carp were still alive. They subsequently seized all of the fish.

On February 28, 2012, the same truck and driver again entered Canada at the Ambassador Bridge’s Windsor/Detroit border crossing carrying bighead carp from the state of Arkansas. After being contacted by the CBSA, conservation officers found 6,350 kilograms of bighead carp, some of which were alive. They seized the truck and fish. Both the truck and the fish were held until such time as officers were able to determine that all of the bighead carp in the truck were dead.

Justice of the Peace Maureen Ryan-Brode heard the case in the Ontario Court of Justice, Windsor, from June 3 to June 7, 2013, and rendered her decision on January 16, 2014.

It has been illegal to possess live invasive fish, including bighead, grass, black and silver carp, in Ontario since 2005 because of the significant threat they pose to the province’s lake systems. As part of the ongoing efforts to protect Ontario’s environment from the importation of invasive species, the Ministry of Natural Resources will continue to work with its law enforcement partners to monitor compliance with the legislation.