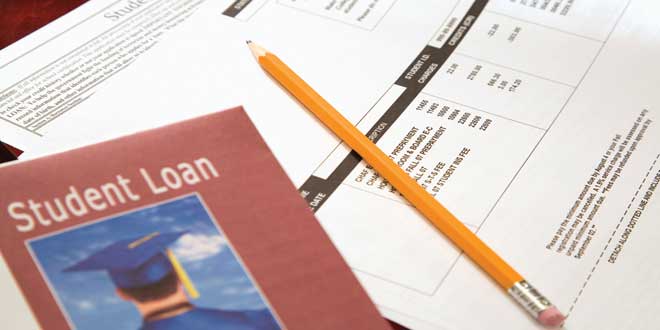 It would seem that, with the joint announcement last week by Prime Minister Harper and Assembly of First Nations (AFN) Grand Chief Shawn Atleo, more than a year of Idle No More protests have had an effect on the government’s position at least with respect to First Nations education.

The federal government appears to be prepared to relax its earlier threat to match First Nations education funding to outcomes (rates of high school and post-secondary graduation) and to treat First Nation educational authorities in much the same way that Ontario deals with public and separate school boards, in terms of funding formulas.

First Nation communities on Manitoulin have been pioneers in establishing community school boards and educational authorities that run their own schools and see their primary responsibility to their own communities.

This is the model in M’Chigeeng, Sheshegwaning, Wikwemikong and Birch Island and the local educational authorities in each of these communities, while they are not overseen by publicly elected trustees as public and separate school boards are, nevertheless are a function of the local First Nations government and its publicly elected chief and council so the same line of responsibility, from the classroom to the community, is in place at the Manitoulin First Nations as in, for example, the Rainbow District School Board.

It would appear that the Manitoulin example is the same line of thinking the Harper government now supports, and that is a very good thing.

At the joint announcement last week at a First Nations school in Alberta, AFN Grand Chief Atleo said that, “today is a victory for First Nations leaders and citizens who have for decades, indeed since the first generation of residential school survivors, called for First Nation control of First Nation education.”

Prime Minister Harper’s government appears to have reconsidered earlier ideas it was proposing for the First Nations Education Act it hopes to pass into law this year so it is very likely that the winter protest fast of Attawapiskat Chief Theresa Spence and the simultaneous national Idle No More protest have borne fruit.

While Chief Spence’s well publicized protest and hunger strike in Ottawa in late 2012 centred primarily on housing issues in her community, there are certainly neighbouring First Nations communities along James Bay with substandard schools.

In the announcement, the government commits to $500 million for infrastructure improvements over the seven years following the new act’s proposed implementation date of 2016 and an additional $160 million for implementation of capital projects. This should see many remote First Nations communities with renovated, or even new, modern school buildings.

For books, teachers and training, what the announcement referred to as “core education,” the government is prepared to commit additional funds of $1.25 billion over a three year period, and are recognizing that support for language and cultural instruction are especially important to the well being of First Nations communities and that local school curricula should reflect them.

The government is insisting that First Nations run schools must employ teachers with professional certification comparable to that of their colleagues teaching in the provincially-funded public schools in the same province and that the academic expectations, grade by grade, must also be the same as for the publicly funded system in the same province.

Once again, that is what we are already used to on Manitoulin and, we can reasonably predict, it will already be the same thing in other regions and provinces where there are also First Nation operated schools.

This has all been quite a dramatic change from the earlier First Nations Education Act and accompanying negotiations wherein the federal government had, at least initially, taken the line that current funding levels were adequate.

Clearly, they’ve recognized this is not the case and the Idle No More movement, and Chief Theresa Spence as well, must be congratulated for raising issues like this important one in such a way that ordinary Canadians could be encouraged to join the conversation.

It’s also fitting that the federal government would recognize the shortcomings of the status quo and make an effort to remediate it at the same time as the Truth and Reconciliation Commission (that has examined the impact of a residential school education on young First Nations girls and boys soliciting first hand testimony from survivors) is winding down.

Hopefully, many of the cries from the hearts of residential school survivors that were heard and recorded during this five-year process will also have influenced the federal government’s promise to value and encourage the control of First Nations education by their own communities, together with the need to foster language and culture within school curricula.

At the end of the day, though, it’s sadly difficult to put politics aside and just do the job that needs doing for none of the proposed provisions for improving First Nations schools and education, as admirable as most of them are, will be accessible until 2016, the year following the next federal General Election.