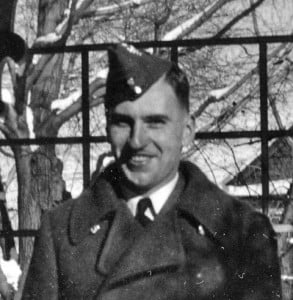 Fred’s life of service and joy ended on May 27, 2012, just short of his 93rd birthday. Fred served his country in WWII in the Royal Canadian Air Force, spending three years in a prisoner-of-war camp. He was on the Stratford Board and then the Perth County Boards of Education for 20 years. He represented Stratford on City Council for two terms, and was a member of the Kiwanis Club where he was elected Stratford president and later, Lieutenant Governor. Professionally, he was an Ontario Land Surveyor, active in promoting education at the community college and university levels in that field. He served on the council and then became President of the Association of Ontario Land Surveyors. Fred was Ontario Chairman of the Community Planning Association of Canada and also sat as a national director. Fred lived his life with joy. He loved his travels and took great delight and pride in his homes on Manitoulin Island and Madeira, Portugal. He and Pauline developed many friendships in Stratford, Manitoulin, Portugal, and elsewhere. Fred had unconditional love for his six children and their families. He accepted all of them for who they were as unique individuals. He will be forever remembered by Peter, Kathryn (Barry and their family), Susan (and her family), Stephen (and his daughter), Paul (Rob), and Gail (Leslie, and their family). But the greatest joy of his life was Pauline, his wife for almost 65 years. Their generosity affected so many people. Pauline and the family thank Tracey Polidoro and the professional and kind staff at People Care, Stratford, for their care of Fred in his last months. Visitation at Heinbuck Funeral Home, 156 Albert Street, Stratford, will be on Wednesday, May 30 from 2 pm – 4 pm. There will be a private family burial. In lieu of flowers, a donation to Stratford General Hospital or a charity of your choice would be appreciated.