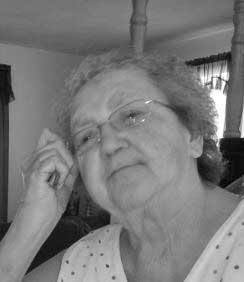 It is with heavy hearts that the family of Fronnie Burnett, loving wife of Keith Bird, announce her passing, which occurred September 22, 2016 at North York General Hospital in Toronto at the age of 78. Born on July 20th 1938, she was the daughter of the late Wallace and Cindy Burnett (nee Boyd). Besides her husband, she leaves to mourn her children Christopher (SandraLee) and Lisa (Ted), her eight grandchildren and two great-grandchildren, also her two sisters, Marlene and Arlene. Fronnie was predeceased by her sister Betty (1977) and brothers Ronnie (1998) and Bill (2006). Funeral will be held in Toronto at RS Kane Funeral Home on September 28, 2016.