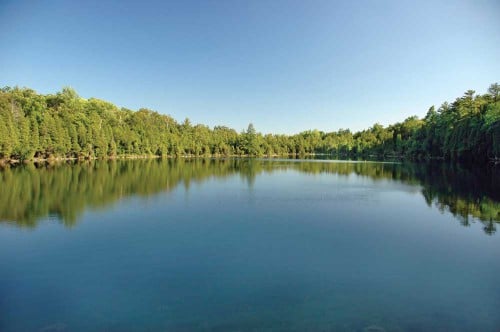 GORDON—A Gordon Township resident is warning other property owners, even those who don’t live on a waterfront, that they may be assessed as though they are under new property value assessments through the Ontario Municipal Property Assessment Corporation (MPAC).

“When we first built our house in 1992-1993, the house was half finished when it was first assessed, so they (MPAC) sent out another assessment officer when it was done who told me right on our driveway, ‘don’t worry Mr. Parker, you own a backlot with a waterfront view, you won’t be assessed on having a waterfront lot’,” explained Dave Parker on Monday. “For 19 years I’ve being paying taxes for a backlot, but now I’ve been informed the new assessment system was put in place in 2006, the rules changed and now we’re deemed to be on the water.”

“It has always been assessed as a backlot. My property has a road in front of it, and then property in front of it that is public and then there is the water,” explained Mr. Parker. “It seems they have thrown out all the rules, and I’m sure they will be getting a lot of calls from other people in the same situation as us.”

“The government had trouble 40 years ago in assessing properties and that is when they set up MPAC. People had been leaving the cities and moving up to places like Manitoulin to build cottages,” said Mr. Parker. “They wanted lands, for instance farmland, commercial and residential properties, to be all assessed at the same levels.”

Mr. Parker, who lives on Lighthouse Road in Gordon, said, “no one down this road owns the water or property in front of their homes, so why are we paying waterfront taxes? None of us own the beach, it is public, and we can’t even put in a dock on the water because the land is public. Our property is at least 200 feet from the water.”

He has been encouraged to appeal the assessment, and fight his case, but Mr. Parker said, “I can’t afford a lawyer. I’ve been paying 19 years of taxes on a backlot, and now the government has changed the laws and apparently I have a waterfront lot. From this, even if you are 500 yards from the water, and can see the water, you can be deemed as having a waterfront lot.”

Mr. Parker’s assessment in terms of what he is going to pay in taxes has gone up over $2,100 in the past year’s assessment. “My taxes have more than doubled, and there is no reason for it, the house and its location hasn’t changed, but the government rules have changed. Everyone on this road is going to pay more,” he said, noting he has been in contact with Algoma-Manitoulin MPP Michael Mantha. Mr. Mantha told him he has the right to appeal the assessment, and pointed out his property will now be assessed the same as his neighbours. “Apparently the rules changed in 2006 or 2008 and everyone will know this when they get their assessment notices. And I was told if I think the assessment is high this year, it will be even higher next year.”

As for property value assessment being deemed the same as his neighbours, Mr. Parker pointed out he and his wife’s home is much smaller than many of their neighbours, with less bedrooms and, “I don’t even have a garage. The government is screwing everyone to make up for their deficit. And for those of us on a fixed income, where are we going to get the extra money to pay these increased taxes?”

The Recorder was unable to reach MPAC for comment prior to this week’s edition of the paper. 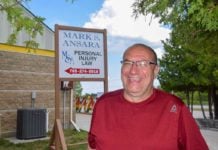 Canada paying taxes to Central on ‘proceeds of crime’ farmland