﻿GORE BAY—Gore Bay council members debated whether a new policy needs to be put in place for people advertising and subletting marina slips (renting out their boat for one or more nights) at the town’s marina, a variation on the AirBnb theme.

“If someone pays $1,500 for a boat slip at the marina, as their home for the summer, I’m not sure they want to see a boat beside them that has different people beside them every night, weekly or on the weekend,” stated Councillor Ken Blodgett at a Gore Bay council meeting last week.

“Does this happen here?” questioned Mayor Dan Osborne, to which town clerk Stasia Carr said that it is taking place.

“Is this for subletting a slip or renting a boat?” questioned Councillor Jack Clark.

It is for renting space at the marina by someone with a marina boat slip, council was told.

“We can’t stop someone from letting someone else use their boat,” said Councillor Paulie Nodecker.

But Councillor Blodgett remained adamant, “we have to nip this in the bud.”

Mayor Osborne raised a concern as to how this would affect insurance, noting, “we could potentially lose some of our seasonal boaters (if someone, for example, rents out a boat for a couple of weeks and the group that is renting out has loud parties) and then rents out their boat to another group for another two weeks.”

Councillor Kevin Woestenenk said, “we need more discussion on this issue. For this year, we won’t be able to stop the person who is advertising this.”

“It’s the invasion of privacy that people have. If they have a boat that they are paying seasonal dockage on, and someone comes in and rents out their boat to other people right beside them on a nightly or weekly basis,” said Councillor Blodgett.

“I think we should let this go for this year and discuss this issue further,” said Councillor Kevin Woestenenk.

Councillor Jack Clark said that AirBnbs are part of the world. “I’m not sure which way to go on this issue. I don’t think we can indicate that someone can’t rent out their boat or marina slip.”

Town staff was given direction to look at what other municipalities have in place on this.

“We need more data on this whole issue,” stated Councillor Woestenenk. “This came up so fast, so quick. We can’t say we are not allowing this forever. It would not be good business,” he observed.

Mayor Osborne said currently the town doesn’t have a policy in place on people subletting slips at the town marina. “We need to look at something that is balanced and put something together going forward. And one of my concerns is how is it going to affect insurance? If you are renting your boat to someone, similar to a house, their insurance company will want to know this is taking place.”

“There are two months left in the boating season. Let’s take our time and do this right,” said Councillor Woestenenk.

“People who take a slip out for the summer and live on their boat should be able to enjoy their privacy,” said Councillor Blodgett.

Councillor Blodgett told The Expositor after the meeting, “It’s an important issue because people are paying a lot for their seasonal slips and don’t want new people to be moving into the boat beside them every night, having parties and creating a lot of noise. It is not fair to the people who pay for a seasonal marina slip.”

Mayor Osborne said, “there is someone advertising that people can rent their boat and space for a weekend or a week at a time. With a bed and breakfast, under zoning bylaw, the owner of the house must live there and is basically renting out their rooms to visitors. They are paying taxes, water and sewer to provide this. We don’t have a similar policy in place for someone who wants to rent out their boat or space at our marina. Staff will be looking at what other municipalities have in place for this and this issue will come up again before council. I would expect we will be putting something in place in terms of a policy on this issue.” 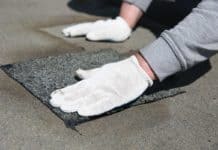 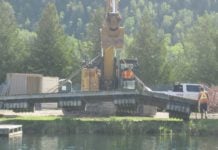 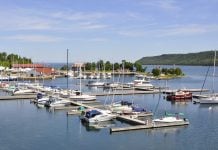