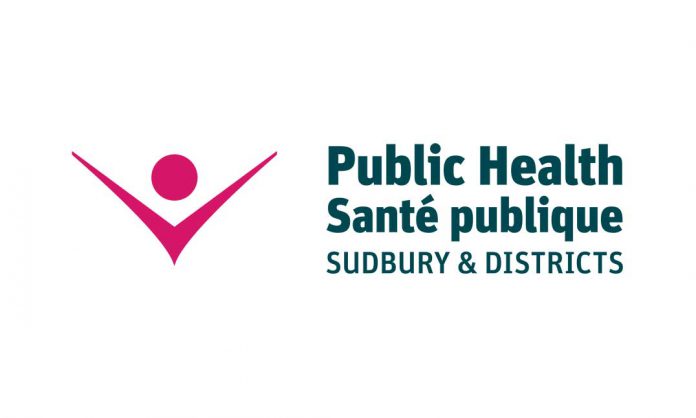 SUDBURY—The board of health of Public Health Sudbury and Districts (PHSD) has passed its 2019 budget, which will see a slight increase to municipalities.

“The Board of Health budget was tabled for the Board of Health approval at its meeting yesterday,” said Jason Thompson, communications officer for PHSD on Friday of last week. He explained, “the budget represents an overall increase of one percent or $1.29 per person for communities of the District of Sudbury and Manitoulin.”

The Board of Health 2019 budget of $23,575,318 will support the delivery of important public health programs and services. The province had released new Ontario public health standards, effective January 1, which include new requirements in population health assessment, mental health promotion, Indigenous engagement, vision screening, climate change and built environment among others.

It was further explained in a release that in 2015 the Ministry of Health and Long-Term Care (MOHLTC) implemented a new funding model. The following table outlines the funding changes since 2015. In 2015, there was a municipal increase of 1.9 percent (in the PHSD budget), the same as the increase in funding provided by the province. In 2016 municipalities saw an increase of 2.47 percent while there was a decrease of 1.8 percent in provincial funding. In 2017 the municipalities faced another 1.82 percent increase with the province funding decreased by 1.41 percent.  And in 2018, the municipal increase was 1.73 percent while the provincial funding increased by 2.8 percent.