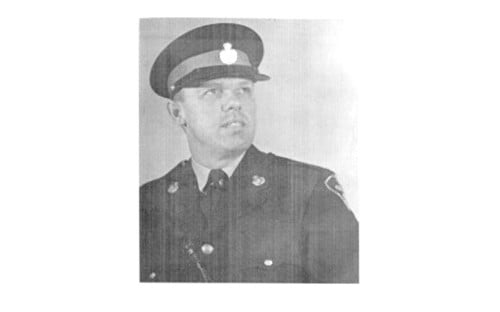 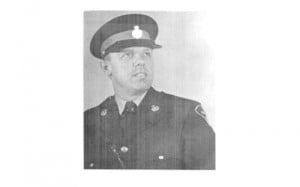 Constable Lackey, who was posted to the Little Current detachment, was killed in a motor vehicle collision in 1972.

Constable Lackey was on duty returning from a call in M’Chigeeng (then West Bay) First Nation on Sunday, July 16, 1972, when his car was hit in a head-on- collision by a driver who, it was later determined, had been under the influence of alcohol. Constable Lackey was 41-years-old and was survived by his wife and four children.

Retired Ontario Provincial Police Officer Robert South and retired Manitoulin Staff Sergeant Ron Roy have been diligently working over the past year to have the bridge dedicated to Constable Lackey, with one of the final pieces in the process, the approval from the local municipality, finally obtained.

“This (a bridge dedication) needed to be done for him,” Mr. South told The Expositor. “He was killed on patrol on Highway 540.”

Mr. South explained it was the first time he had nominated an officer for a bridge dedication for fallen police officers and that there was a lot of paperwork and various elements to the process.

“Its important to recognize sacrifices that officers such as Constable Lackey made for the safety and protection of citizens,” concluded Mr. South, “and this program allows theses sacrifices to be recognized and fallen police officers to be honoured.”

Mr. Roy told The Expositor that he was pleased that the municipality supported the dedication and that not only did Constable Lackey give his life while protecting Islanders, he was also very involved in the community from the Leos Club to baseball.

The Graham Creek Bridge is located on Highway 540, 24 kilometres west of at Little Current, a location Mr. Roy said is very close to where the Constable was killed.

The dedication has the support of Constable Lackey’s widow, Jean, as well as current Manitoulin Staff Sergeant Kevin Webb and now the Northeast Town.

Mr. Roy said there are still other elements to the process, but hopes to have the official bridge dedication by next year. 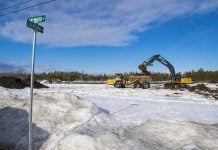