Nuclear safety should be job one for any government

The Tsunami that led to meltdown at a nuclear power plant in Fukushima, Japan, is a powerful reminder that when things go wrong at these facilities they can go terribly wrong. That’s part of what makes it so shocking to learn that Canada may be playing it fast and loose with nuclear safety. The revelation came from the autumn report of the Environmental Safety Commissioner (released last  week), which singled out the Canadian Nuclear Safety Commission (CNSC) over troubling gaps in the inspection of nuclear power plants.

The environment commissioner, Julie Gelfand, explained in her report that the inspections were not thorough and that there are not enough staff assigned to the job either. She said that 75 percent of the inspections performed by CSNC were done by a single person who was not following the appropriate protocol. This news confirms the concerns contained in a letter from whistleblowers at the nuclear watchdog this past summer. When New Democrats raised the issue with the Minister of Natural Resources he passed the buck to the CNSC president who said there was nothing to worry about. The commissioner’s report makes it clear that problems at the nuclear regulator are indeed worrisome.

News of this lax approach is disturbing in general, but for people on or near the Great Lakes it is all the more urgent. With locations in Darlington and Pickering on Lake Ontario as well as the Bruce nuclear plant on Lake Huron, we have the potential for mishaps that would affect big parts on Ontario and three of the lakes along with the St. Lawrence River, where there is another plant downstream from Trois-Riviere. Worse yet, there is a precedence for dismissing safety concerns in the name of expediency.

Back in 2008, Linda Keen was removed as head of the CNSC hours before she was to appear before a parliamentary committee in what seemed to be an attempt to mute her over safety issues. In that instance, Ms. Keen had ordered the shut-down of the Chalk River National Research Universal reactor that produces medical isotopes over safety concerns about the emergency power system discovered when testing cooling pumps. Those pumps are part of the system that prevents meltdowns during disasters like earthquakes. This was three years before Fukushima. If it had happened after that event, the story would have garnered significantly more attention.

The natural resources minister at the time cited the need for isotopes, claiming people would have died if he hadn’t fired Ms. Keen and re-opened the facility. He also dismissed safety concerns as nothing more than squabbling between CNSC and Atomic Energy Canada Limited (AECL), the Crown Corporation that is responsible for managing Canada’s radioactive waste and developing nuclear science and technology. In hindsight, the political interference may have set the stage for the findings in the environment commissioner’s fall report.

New Democrats are calling on the government to act on the findings immediately. Given all that is at stake, it is very troubling to learn that Canada’s nuclear safety regulator is improvising when it comes to nuclear plant inspections. The regulator is not even following their own regulations and has no documentation to reassure Canadians. When it comes to nuclear safety, Canadians expect far better than this. 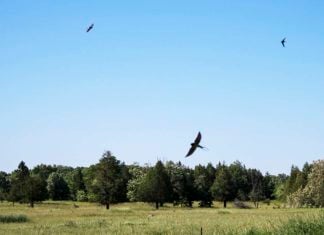