“This was the biggest buck I have ever harvested,” stated Rene Fortin last Friday. “I got this large buck on Sunday (November 7).”

Mr. Fortin harvested his trophy buck during the bow hunt season on Manitoulin Island, downing the animal from 42 yards. He owns 100 acres of property in a location southeast of Ice Lake. He owns the  “Juniper Ridge (hunt) Camp.”

“I was pretty happy getting this big buck. It beat my record biggest buck previously harvested (four years ago in Port Loring) by four inches,” said Mr. Fortin. “At my age (70) I thought I would have to go to outfitters in Saskatchewan to get a buck this big. Getting this buck on the Island probably saved me about $20,000. No, I don’t care if I ever shoot another big buck.” 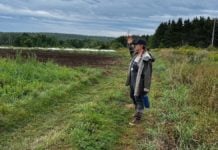 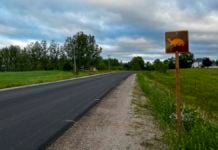 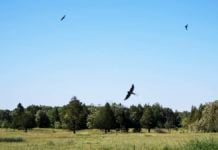