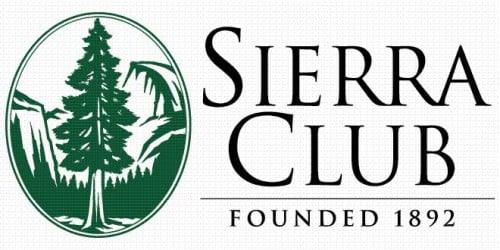 MIDLAND—The International Joint Commission (IJC) may be intending to allow water levels in Lake Huron and Georgian Bay to drop by more than 1.25 metres (four feet) below current levels. Those levels are already at historically low levels, threatening shoreline wetlands, navigation and access of Island properties if the recommendations of a report by the Upper Great Lakes Study Board are adopted, according to Great Lakes advocates.

A video shown at a series of public meetings arranged by the IJC (including one in Little Current this summer) appeared to downplay the implications to the middle lakes, says a representation of Sierra Club Ontario.

“The public was asked to comment on the recommendations with insufficient information provided. The study board chose not to inform us of the devastating impacts on lakes Michigan/Huron and Georgian Bay of the new 2012 Lakes Superior Regulation Plan with a blurred video,” said Mary Muter, Great Lakes Section Chair, Sierra Club Ontario.

For the past 13 years, the water levels of Lake Huron and Georgian Bay has been hovering near an all-time low. The IJC held public hearings in July at locations around the Great Lakes to consider the recommendations of a five-year $17 million study of this very problem. The video presented at the hearings showed how well the recommended Lake Superior Regulation Plan 2012 would control the discharge of water from Lake Superior to Lake Huron through the control gates at Sault Ste. Marie, explains a Sierra Club Ontario release. “Under dry conditions it showed that to maintain Superior’s level, Lakes Michigan/Huron and Georgian Bay would undergo a reduction of supply from Superior, thereby dropping it by up to four feet. The video was of poor quality and obscured these facts. Should this four feet drop in level be allowed to happen. Fifty percent of Georgian Bay’s wetlands would dry up and much of the iconic Thirty Thousand Islands area of the eastern shore of Georgian Bay would become accessible by canoe only.”

With this year’s warm, dry summer, Lakes Superior, St. Clair, Erie and Ontario are currently 10 inches below long-term averages. However, Lakes Michigan/Huron and Georgian Bay are 25 inches below and have been close to this level for an unprecedented 13 years. For most of that time they have met the IJC’s 1993 Levels Reference Study “Crisis Condition” level, at which damage was known to occur and action to reduce the outflow through the St. Clair River was recommended, the release notes.

The IJC’s International Upper Great Lakes Study (IUGLS) found increased outflow from Lake Huron through the St. Clair River is a contributing factor to the sustained low water levels of Michigan/Huron/Georgian Bay, but has recommended against action in the river.

The IJC has just completed public hearings around the Great Lakes on the IUGLS board’s final report. Many hundreds of area property owners and concerned citizens on both sides of the border attended, and most were critical.

“While the proposed 2012 management plan for Lake Superior may well be the right approach for Lake Superior, in very dry conditions it could and likely would be, disastrous for Lakes Huron and Michigan,” said Ms. Muter. “Should the IJC decide to recommend the implementation of plan 2012, it should also recommend the construction of mitigating structures in the St. Clair River which would restore the level of Michigan/Huron and allow for a degree of control of that level, as is the arrangement for the other Great Lakes.”

If implemented, this new Lake Superior Regulation Plan will result in a further loss of 30 percent of the highest quality remaining wetlands in the Great Lakes. That will mean that 50 percent of Georgian Bay’s wetlands will be lost forever, the release points out . And it will also render the water access to the Thirty Thousand Islands on the eastern and northern shores of Georgian Bay navigable only by canoes and kayaks. Ships will no longer be able to transit through the entire middle lakes. More and more exposed shorelines will be taken over by the invasive dense, 10 foot tall reed Phragmites australis, which excludes all wildlife, including fish.

The video was shown at eight public hearings around the Great Lakes. However, Ms. Muter said there were several problems with this video. Foremost is that the Study Board showed it at the public hearings with a running simulation of the impacts of the proposed new regulation plan. “However, some images are blurred and a text box obscures some water level numbers. The text box indicates that the new plan will raise Lake Superior by about 10 inches and protect its level but fails to point out that under extreme drought conditions it will at the same time lower Lakes Michigan/Huron and Georgian Bay by about 50 inches.”

The release notes, “the title on the captured screen shot says these would be the levels under the new 2012 Regulation Plan under extreme drought conditions, which the middle lakes are experiencing right now, but the study’s own Regional Climate Model found an over 85 percent chance of lake levels descending even lower than the 1964 record low level.”

“Therefore, gradual restoration of the already lowered water levels of Lakes Michigan/Huron and Georgian Bay, with ongoing restoration capability, is a pre-requisite to any consideration of changing Lake Superior’s Regulation Plan,” the Sierra Club release states.

The release adds, “after five years and $17 million of taxpayers money, the IUGLS board’s final report has again misrepresented to the public its own scientific findings. Why? It must be to ensure that nothing is ever done to address over 100 years of human actions in the St. Clair River that are slowly drawing down the mainly (99 percent) finite waters of Lakes Michigan/Huron and Georgian Bay. Again why? Such environmental and economic neglect is morally reprehensible. Maintaining the levels of the headwaters of Lake Superior is important, but the middle lakes are being drawn down. The other Great Lakes have IJC Control Boards that meet monthly and set discharge rates. The vast middle lakes have no such oversight. Why?”