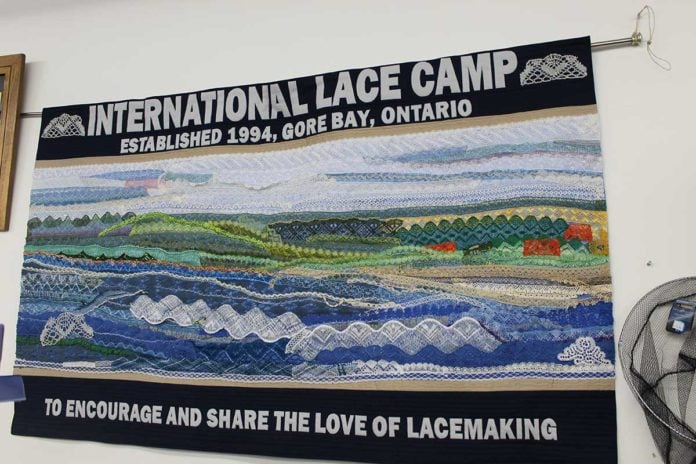 GORE BAY – It might have been in a different form this year, but the annual Gore Bay International Lace Camp, held virtually, proved to be so successful that members have decided to hold a (virtual) mini-camp in the winter. And they are already planning next year’s lace camp, in person, in Gore Bay.

“I think at one of the meetings held during the week there were 34 participants, which is pretty good,”  Pat Bowley, secretary of the lace camp, told The Expositor. This year’s lace camp was held in July via Zoom. “We had lacers from all over take part. There were several from Gore Bay and area and we had a  lot of ladies from Ottawa, they have a very active lace group there. We also had a lot of participants from southern Ontario, particularly the Simcoe Country region. They have been active and been meeting through zoom for a few months.”

“And we even had people there that haven’t attended in a while,” said Ms.  Bowley, who is from Kincardine. “One of the main organizers is from Dartmouth, and she taught one of the workshops. Josee Poupart hosted the workshop that she had planned to do in 2020, Tallies and Leaves.”

“It was wonderful, people have been missing their connections to other participants and were really excited about taking part in the camp this year,” said Ms. Bowley.

“We really missed not holding the lace camp last year,” stated Cindy Rusak, one of the main hosts during the week-long lace camp, held in July. “And when it became clear that we would not be able have the camp in Gore Bay, we looked into holding a virtual lace camp. Pat (Bowley) thought this would be a good idea and contacted other members, and one lace group has a Zoom account and offered their account to hold the camp.”

Ms. Rusak pointed out workshops were held every day; one being provided by “Richard Pickul, who developed Maple Leaf bobbins. He held a workshop on Monday and on Thursday he provided a demonstration of his work.”

On Monday lacers were welcomed to the camp and then went into one of several chat rooms. The workshops were held each day of the camp, as well as slide shows being presented on what lace makers have been working on, continued Ms. Rusak.

“We usually have a theme at the camp and this year it was ‘Under the Sea’ and a slide show was held at our annual meeting on Thursday,” said Ms. Rusak. “Each day plenty of time was also provided for lacemakers to go into the chatroom.”  She said in total, 36 lacers took part in the camp.

“Zoom was very interesting,” said Ms. Rusak. “When the chat rooms were set up, lacemakers ended up at times talking to people that they would not normally spend a lot of time having the opportunity to talk to at the in-person lace camps which was really nice. But we all agree we prefer having the lace camp in person.”

“We’re planning to meet again next year in person, for the lace camp in Gore Bay,” said Ms. Bowley. “And we are even looking at holding another virtual lace camp for two or three days during the winter to connect again. Who would have thought?”

“We certain hope to be back in person in Gore Bay, next year,” added Ms. Bowley 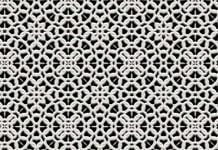