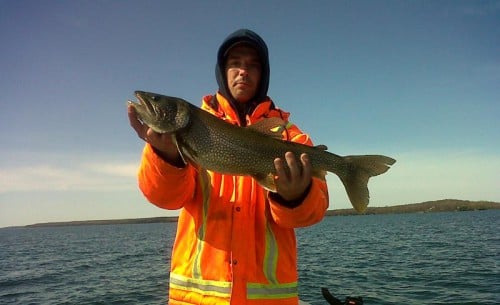 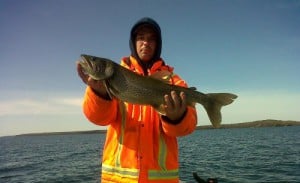 PETERBOROUGH—Manitoulin area waters are slated to be stocked with over 800,000 lake trout per year (from 2012-2020), as part of a proposed Lake Trout Rehabilitation (LTR) Plan released by the Upper Great Lakes Management Unit of the Ministry of Natural Resources.

“We are releasing a draft plan to the public for comment, and will re-evaluate the plan after receiving public input and formalizing the plan,” stated David M. Reid, Lake Huron management supervisor with the management unit, in an interview with the Recorder. The plan was released on the Environmental Bill of Rights (EBR) earlier this week. “The proposal has been posted for a 90-day public review and comment period starting May 22.”

Mr. Reid explained the LTR plan has a list of 17 priority stocking locations, with the stocking to take place locally in the Gore Bay area and Duck Islands on the south shore (the latter of which has not been done before). “We’re proposing to stock about two million yearling lake trout annually, with the Manitoulin area waters to receive over 833,000. The fish for the Gore Bay area will be Iroquois Bay strain of lake trout, while the fish being stocked in the Duck Islands area will be Seneca strain of fish.

“There are 17 stocking zones in total, four deferred and 12 of them we are proposing for stocking to take place,” said Mr. Reid. A total of 520,938 will be stocked in the Gore Bay area, while for the Duck Islands another 312,183 would be stocked.

“Most of the fish to be stocked are being raised at the Tarentorus hatchery, Blue Jay Creek Fish Culture Station in Tehkummah and the Chatsworth hatchery just south of Owen Sound,” said Mr. Reid. “This is where most of the fish will come from.” He pointed out in areas like Parry Sound where fish have been stocked by the MNR and has proven to be successful in terms of fish density-populations and are reproducing the MNR won’t continue stocking.

“Eventually our plan as a ministry is to get out of stocking fish altogether,” said Mr. Reid, pointing out the MNR does not currently carry out any other stocking programs on Lake Huron, except for some walleye.

Mr. Reid explained that the original stocking project had been initiated after the lake trout fishery collapsed by the early 1950s. “This was mainly as a result of over fishing and the influx of sea lamprey.” Lake trout rehabilitation efforts have taken place since the mid-1950s, focusing on the control of sea lamprey populations.

Mr. Reid said since around 1958, TFM a chemical used to control sea lamprey was developed, and was implemented in the 1960s.

“This opened a window to rehabilitation and stocking,” said Mr. Reid, adding stocking of splake, brook trout and backcross were all tried in the 1970s through1990s, but the desired outcomes never came to fruition.

“In the 1990s the first strategic plan was developed. By 1996, we felt we needed the plan to be a bit more strategic and provide documented goals and objectives, and indicate what we trying to accomplish. And it was decided in 2006 that a review would be taken, and now in 2012 we are getting around to reviewing the 1996 plan and incorporating what we have already learned,” said Mr. Reid.

He said that along with public input through the EBR, meetings will take place with aboriginal interests, commercial and sport-angling groups, and fisheries management zone representatives.

If you have any questions, or would like to submit your comments, the deadline to do so is August 20, 2012. This can be done by contacting Arunas Liskauskas Management Biologist Ministry of Natural Resources Provincial Services Division, Fish and Wildlife Services Branch, Upper Great Lakes Management Unit-Lake Huron, 1450 Seventh Avenue West, Owen Sound, Ontario, N4K 2Z1, or by calling 519-371-5927 or fax 519-371-5844. As well, if you are submitting something in writing or electronically use the form provided in the notice on the EBR, using EBR Registry number 011-5814. 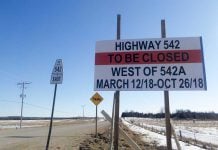 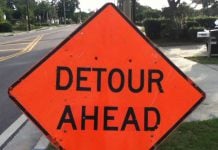