﻿MANITOULIN—Local gun supporters are not opposed to increased government pressure on organized crime but say federal government plans to fast track a ban on the import of handguns into Canada is failing to address the problem of illegal weapons in the country.

“I am definitely not against the government putting pressure on organized crime,” said Bill Elliott of the Manitoulin Small Handgun Association. “But they are missing the point if they want to do something to tighten up border controls on the importation of illegal weapons. Ninety-nine percent of guns used in criminal activities come from over the border. This new action is not going to do anything to curb illegal gun activity.”

The plan is a “bloody joke,” Mr. Williamson flatly stated.

The federal government announced plans on August 5 to fast-track a ban on the import of handguns into the country, bypassing the necessity of parliamentary approval by using a regulatory measure that would come into effect on August 19. The change will last until a permanent freeze is passed in parliament and comes into force, according to Public Safety Minister Marco Mendicino.

The government tabled gun control legislation in May that includes a national freeze on the transportation, purchase, sale and transfer of handguns in Canada. The law did not pass before Parliament took its summer break and is to be debated again when MPs return to Ottawa this fall. In the meantime, Foreign Affairs Minister Mélanie Joly said, she has the authority to ban any import-export permit in Canada. “Working with Marco Mendicino, we came up with this idea of creating this new system of requiring permits,” she said. “But meanwhile, we will deny any permits.”

The temporary ban will prevent businesses such as Williamson’s/Up Top Sports Shop from importing handguns into Canada, with a few exceptions that mirror those in the legislation tabled in May. It’s putting the heat on law-abiding gun owners and won’t do anything to the criminals or criminal activity taking place, something that requires dedicated enforcement, Mr. Elliott said.

“Given that nearly all our handguns are imported, this means we’re bringing our national handgun freeze in even sooner. From that moment forward, the number of handguns in Canada will only go down,” said Mr. Elliott. “It’s like the government is saying, if we make it look like we are doing something, people may like us. It’s all about what they can parlay into votes.”

“It’s all about smoke and mirrors,” he said. “They can’t inspect every container and transport truck that crosses the border. I think it’s an abominable excuse to put pressure on legal firearm owners.” 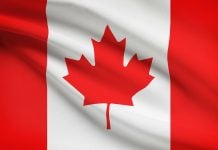