SPRING BAY – A local member of the For Love of Water (FLOW) group is in support of a petition calling for US president Joe Biden to support the shutdown of Enbridge’s Line 5 pipeline.

“I guess it’s a case of it’s never over until it’s over,” stated local resident Mike Wilton, a member of
FLOW, commenting on the  petition the group is encouraging people to sign. “I am in favour of the petition and I will be signing it.”

The petition reads, “Dear President Biden: We are reaching out to share with you our support for Michigan Gov. Gretchen Whitmer’s decision to support the Great Lakes by acting to decommission Enbridge’s Line 5 oil pipelines in the Straits of Mackinac.”

“These 67-year-old pipelines present a clear and present danger to the Great Lakes. The twin pipelines in the Straits of Mackinac that put 20 percent of the world’s fresh surface water and the regions economy at risk should never have been allowed to be there and, in fact, were never subject to modern-day environmental laws and reviews.”

“The State of Michigan, as owner and trustee, has a legal responsibility to manage the public-owned bottomlands where Line 5 is located and protect the Great Lakes. Line 5 has spilled at least 33 times and 1.1 million gallons of oil along its length since 1968. Under the best of circumstances only 30 percent of a spill in the Straits of Mackinac would be recovered. 1.5 million jobs and $62 billion in wages are directly connected to the Great Lakes. A pipeline rupture would impact up to 700 miles of shoreline,” the petition continues.

“Enbridge’s ongoing and incurable violations of its 1953 easement with the state prompted Gov. Whitmer to revoke the easement to protect the Great Lakes from a catastrophic oil spill. Gov. Whitmer has ordered the removal of these dangerous pipelines by May 2021, but Enbridge, a Canadian-based oil transport giant, is attempting to delay and ultimately defeat the governor’s actions.

“At the heart of this dispute is the sovereign authority and title of US states to protect their water resources for the benefit of their citizens under the perpetual public trust and equal footing doctrines.

“Your work to protecting world-class natural and economic resources like the Great Lakes has tremendous support in the Great Lakes State of Michigan. We urge you to support Gov. Whitmer’s action on the Line 5 pipelines.” 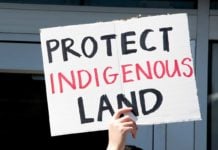 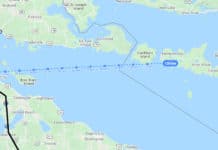