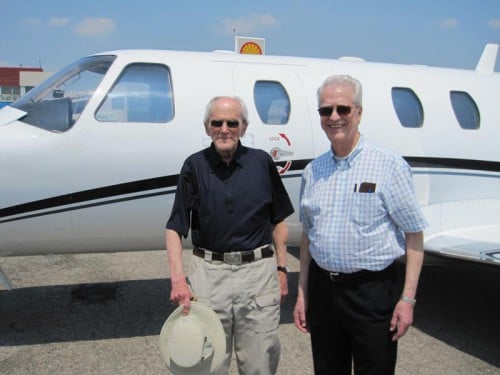 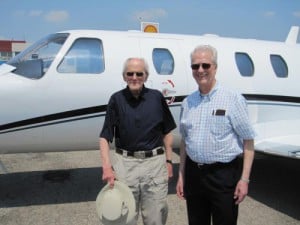 Doctor John F. (Jack) Bailey of Little Current and Doug Smith of Gore Bay were recipients of these prestigious medals.

“It was certainly an honour to receive this award,” said Mr. Smith. “And I was very pleased to see Dr. Bailey receive such recognition because of all he’s done that has benefited the Island.”

“In keeping with the tradition of honouring Her Majesty’s milestone years of service, this commemorative medal has been created to mark the 60th anniversary of Her Majesty’s accession to the Throne. The medal also serves to honour the contributions and achievements made by Canadians from all sectors of society,” reads a release from the office of the Lieutenant Governor of Ontario.

“Their Honours will be joined by Their Excellencies Governor General David Johnston and Mrs. Sharon Johnston. A number of prominent Canadians will also act as distinguished medal presenters to ensure that each of the peers receives his or her medal in a dignified and meaningful way,” the release states.

Along with this most recent honour and the Order of Ontario in 1990, Dr. Bailey had received a Canadian College of Family Physician of the Year Award. He maintained a family practice on Manitoulin for more than 50 years, being recognized as a pioneer in this capacity, and had also made many other contributions to health care on the Island, being one of those who spearheaded the creation of the Manitoulin Centennial Manor, having served on its first board.

In 2008, Mr. Smith received the Order of Canada. “Douglas Smith has made important and lasting contributions to economic and social development in Northern Ontario,” was the information provided through the federal government when he was first recognized for this award. “As founder of Manitoulin Transport, he provided stable employment and created spin-off economic benefits for the residents of Manitoulin Island by maintaining his national trucking company’s head office in this rural region. He is also a generous philanthropist who has ensured the health care, sporting, cultural and charitable groups can continue to offer services and programs to those living in northern communities.”

“We had very nice entertainment,” said Mr. Smith, following the Monday presentation. Some of Canada’s best known performers, including Susan Aglukark, Molly Johnson, Ben Heppner and Gordon Lightfoot—­themselves members of the Order of Canada—performed, as did the Canadian Children’s Opera Company, Morningstar River Singers and Dancers, National Film Board of Canada, Craig and Marc Kielburger, Stuart McLean, and the Famous People Players.

Master of ceremonies for the evening was Peter Mansbridge.

“Geoffrey Bailey was able to attend the function with his dad and my son Jeffrey Smith was with me and they both looked after us,” said Mr. Smith. He pointed out the two had flown to Toronto and back in the Manitoulin Transport jet. “On the way back we ran into bad storm over Gore Bay and had to land at the Manitoulin East Airport,” he said, praising the two pilots, Bryan Barfoot and Cory Burella.