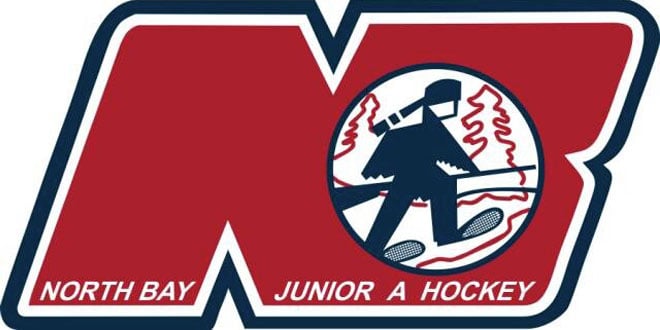 NORTH BAY—The Northern Ontario Junior Hockey League (NOJHL) North Bay Trappers announced last week that they will be relocating for the 2014-2015 season, listing Little Current as a possible site for its new home.

“We just weren’t getting the fans and we couldn’t afford to operate after this year under the town’s new agreement—the ice cost would just be too expensive,” Trappers owner/president David Beauchamp told The Expositor last week following the announcement. “The city was put in a position with shortfalls in many areas of its budget and just couldn’t continue (to support the Trappers).”

“In June of last year I decided to purchase the NOJHL North Bay Trappers Junior A Hockey Club and committed to the NOJHL and to the City of North Bay to play out of North Bay and the West Ferris Arena for the next three seasons, unfortunately I was informed by the City of North Bay late last week that this will be the last season of the Junior Trappers and NOJHL hockey in North Bay. We as a group signed a three year lease in good faith in June 2013 and as of February 1, 2014 we had not received the contract back from the city,” added Mr. Beauchamp. “Our entire organization is very disappointed. I have lived here all my life and played my own minor hockey here and did not get into Trappers junior hockey only to be forced to move away from home while operating a junior hockey franchise that dates back to 1919. We now must look very hard at one of three possible communities as our new home, including Mattawa, Little Current and New Liskeard, to begin play next season and maybe sooner if we can.”

Though Mr. Beauchamp discredited the arrival of the Ontario Hockey League’s North Bay Battalion with the end of the Trappers in North Bay, the addition of the team could have had an effect on the Trapper’s fan base.

“I think the OHL team was a positive addition to the city,” insisted Mr. Beauchamp. “We are affiliated with the team and don’t blame them for what’s happened.”

When asked further about the possibility of the team relocating to Little Current, Mr. Beauchamp said that he was “impressed” with the fan support and the facility in Little Current during the Trappers game against the Espanola Rivermen last December.

“There was amazing fan support during our visit to Little Current,” said Mr. Beauchamp, “and the town has a beautiful facility. Little Current has had an NOJHL team in the past (the Wild, followed by the Islanders) and I feel should have a hockey franchise. The support is definitely there and we know the rivalry against the Rivermen would be great.”

Espanola Rivermen Club Governor Tim Clayden has also been quoted in the past as stating that he felt Little Current should have an NOJHL team.

“There is no doubt in my mind that Little Current will be the new home of a Junior A hockey club in the very near future, we would have a great rivalry for junior hockey fans to enjoy. Islanders deserve a team, and so does the town of Little Current in my opinion,” Mr. Clayden said following the Rivermen/Trappers game on the Island in December.

“The Wild team was really popular back in the day, but the support just wasn’t there for the Islanders,” Mayor MacNevin told The Expositor. “The Island has a lot of user groups to support and an NOJHL team requires a lot of money. From council’s perspective, we are trying to keep costs down for taxpayers and we just don’t have the funds to subsidize.”

“Manitoulin loves hockey and I would really like to see an NOJHL team here, but I just don’t know if we have the support to make it work and communities that can offer deals are normally the ones that host teams,” continued Mayor MacNevin.

As of now, Mr. Beauchamp said he hadn’t contacted the Northeast Town and that a particular municipality has already been “aggressively” trying to host the Trappers. “If that falls through I could be approaching Little Current,” revealed Mr. Beauchamp.