‘I do not consider bleating on the steps of Queen’s’Park a pro-active measure.’

Historically, there are many instances when ‘rogue’ governments have used the militia against their own people. I use the term rogue in the same category as scoundrels and thieves. Government for the people, by the people, should be protected because of the people not to support an ‘heir presumptive.’

I was alarmed by Premier Ford’s remarks in his public broadcast of Monday, March 30. He said he had corroborative evidence of people walking outside. He actually saw them himself. I believe in his estimation this presented a great evil and a direct challenge to his directive for all citizens to stay indoors. In my view, the worst possible place to be if you’re not ill is being confined to a small space, breathing the same stale air.

He gave us an ultimatum that if we did not correct our behaviour he would be forced to act accordingly, presumably for our own good.”

I think he likes playing at being the bully in the schoolyard. That he has made an appearance now is encouraging; apparently no one at Queens’ Park could find him last fall.

There is a reason why in the Districts of Algoma, Manitoulin and Kapuskasing we, the people, have consecutively elected NDP representatives Carol Hughes and Mike Mantha. I would trust their opinion over that of Premier Ford. After all, we know them. They have come to our communities, our pot luck dinners and cheered us in our soccer games. We do not know Premier Ford. There is a difference. I do not trust his judgement to call out the military, if necessary, to enforce his opinions.

I admit to the crime of walking my dog. I expect to be arrested in the very near future with all the other dog-walkers on Manitoulin Island.

I have been in a state of semi-isolation for the past month as have most Canadians. I have not exhibited any flu-like symptoms nor do I feel ill. I have, however, heard of irresponsible behaviours from Canadians returning primarily from the US whose health standards have been until recently non-existent in recognizing the dangers of the coronavirus pandemic.

In these cases, the government should insist on stricter protocols. Instead of penalizing the rest of us for staying at home there should be more stringent testing of every individual coming into this country regardless of citizenship. There should be testing stations at every entry point, at every airport and border crossing. This should not be too much of a hardship since the announcement of the border closures.

South Korea has shown a high success rate in the containment of the coronavirus outbreak by legislating government policy for all individuals entering the country be tested. The results would indicate the treatment of quarantine or self-isolation.

I would like to know what proactive measures our government is implementing to ‘keeping us safe.’

I do not consider bleating on the steps of Queen’s Park a pro-active measure. 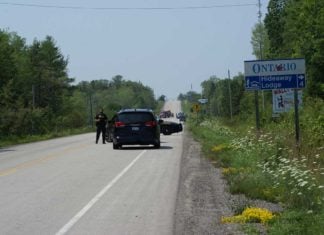