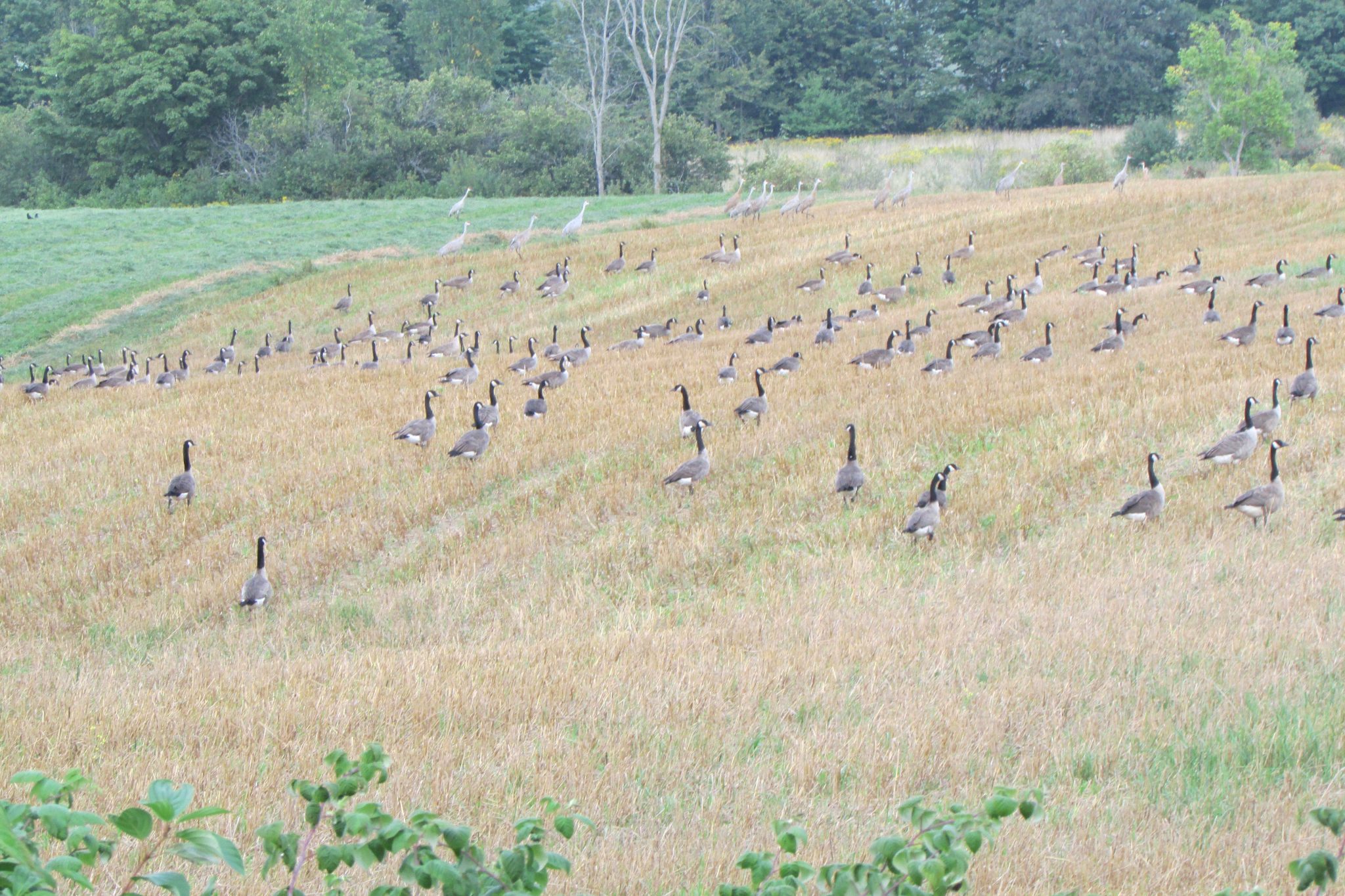 MANITOULIN—A delegation of Northeast Town council, two of whom represented farmers, took their concerns with damage being caused to crops and fields due to Canada geese, sandhill cranes and deer, among other creatures, to the deputy assistant minister of the Ministry of Natural Resources and Forestry (MNRF) at the annual Association of Municipalities of Ontario (AMO) conference held earlier this month in Windsor.

On the issue of Canada geese, the farmers’ thoughts were that there needs to be a longer hunt season on the birds and that compensation needed to be provided for farmers whose crops and fields are damaged.

“We spoke to the deputy minister of MNRF Joe Dixon,” said Northeast Town Councillor and Green Bay farmer Paul Skippen. “We talked to him about our concerns with deer, geese and sandhill cranes and the damage they do our crops and property and the need for farmers to have an automatic deer hunt licence. We suggested a spring hunt on Canada geese would help. In the case of deer they said the province can do something in terms of licencing and issuing tags, but when it comes to geese we need to campaign our federal MP Carol Hughes and the federal government on this.”

“We want all classified farmers, whose revenues are $7,000 and over, to be able to get an automatic deer hunt licence,” said Councillor Skippen. “Councillor Bruce (Wood) (also a Green Bay farmer) has not gotten a deer tag for about eight years. We brought the concern forward that this is not fair and that farmers should receive an automatic deer licence.”

Deputy Minister Dixon, “seemed to be sympathetic to our concerns, he told us that he has property that has also been damaged by geese,” said Councillor Skippen.

Councillor Wood told the Recorder, “I mentioned to the deputy minister that I’ve applied for, but haven’t received, a deer hunt licence to shoot a doe in the past eight years. We all have problems with deer, geese and sandhill cranes. We do need compensation and some way of protecting our land.”

“He (Deputy Minister Dixon) indicated he has a problem with geese at his cottage and the damage they are causing,” said Mr. Wood. “In my case I indicated all of these things are slowly putting me out of business, along with cattle prices continuing to go down.”

Councillor Wood noted “they pointed out the problem with geese is a federal issue. If so, why is the province managing them? It just seems that they pass this responsibility back and forth.  But they didn’t want to touch this issue at all.”

“When I mentioned I haven’t received a deer licence tag for several years and that there must be something wrong with the present system and that I farm about 3,000 acres, that kind of got their attention,” said Councillor Wood. “The geese and deer are slowly putting me out of business.”