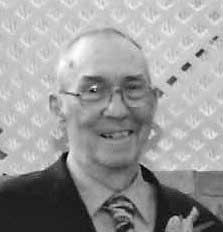 GORE BAY—A long time businessman on Western Manitoulin Island, Doug Steele, passed away with his family by his side on Friday, July 22, in his 87th year.

“Doug was a good person and good friend, but he could be downright serious at times,” stated Jack McQuarrie, one of Mr. Steele’s friends.

Mr. Steele was known for having many careers throughout his life. He was an electrician, a store owner, a guide and a tourist camp owner, but his favourite job was in the bush. He spent many happy hours working at Meldrum Bay, his favourite place on earth.

In his earlier years Mr. Steele was involved in many community groups. He was past president of the Gore Bay Curling Club, a charter member of the Manitoulin Island Country Club and active in the Rotary Club and the Masonic Lodge. He was also very involved in various committees in Dawson Township.

“Dad lived on Manitoulin Island his whole life except for three years in the early 1950s,” recalled his daughter Anne Steele. “He went to school in Meldrum Bay in a one room school there until Grade 10.”

Mr. Steele came back home to the Island when his father became sick. “My grandfather had started and owned Bass Lake Camp in Meldrum Bay, and he helped to run this business.”

“He and my mother moved to Gore Bay in the 1960s,” said Ms. Steele. “Dad was an outdoors guy; he loved working in the bush, fishing and hunting-he was a hunting and fishing guide.”

“He was an electrician and a plumber and apprenticed some of the finest around here,” said Anne. “He bought Boyd Hardware, where Robinson Auto Body is now, and moved the business to where Island Promotions is located now-he bought the building and put the store in there. He owned it and ran it until my brother Mike took it over.”

As for how her father and mother met, Anne said, “my mom (Eleanor) was living and working in Little Current and one day he went with his dad to where she was working to buy something for the tourist camp and met my mother.” The couple were married 64 years.

“He loved his children and grandchildren,” said Anne. “He never met his great grandchild Alex, but when Dad saw a picture of him he said, “wow….isn’t he a handsome fellow.”

“Dad was a reader, he read everything he could get his hands on, and probably had subscriptions to 12 publications a month like McLean’s, forestry magazines, and novels. He wasn’t much into television, he tolerated TV,” she said.

Mr. McQuarrie said, “Doug was a Rotarian for quite a number of years. He loved the outdoors and did a  lot of hunting and fishing and millwork. And the Lafarge quarry leased some of his property for their operation. The quarry has provided employment for a lot of people from all over Manitoulin Island over the years.”

“Doug was the kind of guy who in life just wanted to enjoy the simple things, like the outdoors, nature, and having family around,” said Mr. McQuarrie. “We used to snowmobile together, he was in the same group I hung around with.”

Doug Steele was the beloved husband of Eleanor for over 64 years. He will be sadly missed by his son Mike and daughter Anne Steele-Giffin. Beloved grampa to Connor, Stephanie, Skye and Darcey (Andre) and great grampa to Alexander. Sadly missed by his brother Bill (Betty) Steele and many nieces, nephews, and cousins. Predeceased by his parents Wilbert and Annie (Thompson) Steele, brothers Mackenize and Ross and sisters Jessie, Stella, Gwen and Marion.

A memorial service will be held at the Simpson Funeral Home in Gore Bay on Tuesday, August 2.