MANITOULIN—The Manitoulin Municipal Association (MMA) is calling on Hydro One to attend a future meeting to present its case as to why, according to MMA members, it is providing a ‘substandard’ level of service on Manitoulin Island.

“This originally was brought forward by (Northeast Town mayor) Joe Chapman (who could not be reached for comment prior to this weeks press deadline) at our last meeting,” said Ken Noland, MMA chair. “The MMA has concerns with the frequent power outages we have on the Island and the length of time power is out and the fact we certainly don’t get a discount in rates they charge everyone,” he said. He noted the long power outages the Island experienced the first weekend of March.

“We would like to hear from Hydro One representatives and how it’s going to alleviate the concerns raised by local municipal leaders,” continued Mr. Noland. “We need to get some answers.”

The MMA, at its meeting in March, passed a resolution (put forward by Mr. Chapman and seconded by Brad Ham of Assiginack Council), which states in part, “Whereas Hydro One is providing a substandard level of service. And whereas Manitoulin Island is subjected to repeated long power outages. Now therefore the Manitoulin Municipal Association demands an improved level of service.” They are requesting Hydro One representatives attend their next meeting, “to explain why this (service) hasn’t been improved.”

The resolution is also being distributed to the chairman of Hydro One, the minister of Energy, and the critic for both the Conservative and NDP parties. 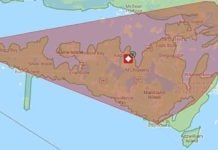