ONTARIO—The Ontario Minister of Natural Resources (MNR) confirmed earlier this month that it will be cutting $70 million, or 10 percent, of its spending over three years, which will lead to job losses and office closures.

“Minister (Michael) Gravelle announced last week that the cuts will be part of a transformation plan; over three years we will be modernizing the ministry’s role in managing natural resources, for instance, there will be a more streamlined system in place for licencing and permits,” said Yolanta Kowalski, of the MNR, last week.

Ms. Kowalski said, “there will be fewer employees and offices in three years, but at this point we don’t have any details on what employees or offices will be closed. Our deputy minister said in a message a few weeks ago that more of the specifics will be released later this summer or early fall. Of course, at this time we do not know when or how this will all come down, or whether (MNR) offices like the one in Espanola will be closing or be consolidated with another ministry office.”

Terry Quinney, provincial manager of Fish and Wildlife Services with the Ontario Federation of Anglers and Hunters (OFAH), told the Recorder, “we have been asking the ministry for the details on the cuts to be made for a considerable period of time. The response we have always received is that until the budget was passed (which has now occurred), we would have to wait to schedule meetings to hear the details.”

Mr. Quinney explained, “we did make a presentation to the provincial standing committee on finance previously. Ontario Environmental Commissioner Gord Miller had said going into the provincial budget, and before the additional cuts were to be announced, he reminded the Ontario government that every dollar is taxpayer’s money. The province spends less than half of one cent (of every dollar) on the Ministry of the Environment or the Ministry of Natural Resources. If memory serves me correctly, the current size of the provincial budget is $140 billion annually.”

“Mr. Miller was awfully succinct in stating that approximately 70 percent of the MNR fish and wildlife budget is made up of fishing angling and hunting licence fees,” said Mr. Quinney. “He also reminded the government that anglers and hunters are also taxpayers, so they pay even more in total of the MNR budget each year. And, now it looks as if the province wants to reduce the MNR budget even further.”

The announcement of ministry staff and office cuts had originally been announced after MNR employees in Northern Ontario had been cautioned to brace for changes as part of the minority Liberal government’s effort to quash a $15 billion deficit.

Mr. Gravelle said no final decisions have been announced on the number of MNR employees that will be laid off or offices that could be facing closure. However, he has been quoted as saying there will continue to be a very strong field presence and the ministry will be trying to make the most sensitive decisions it can in terms of the impacts on everything on staff, and the communities involved. The MNR is committed to maintaining its commitment to natural resource management conservation and its core priorities, fish and wildlife, Crown land management, forestry, parks and public safety, but will also have to manage with a significant internal deficit. 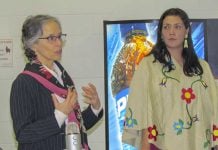