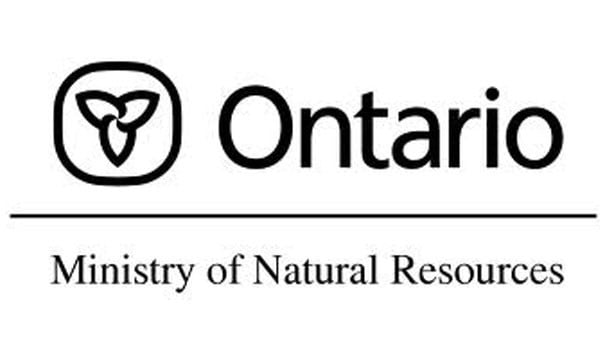 WIKWEMIKONG—The Ministry of Natural Resources and Forestry (MNRF) and the Anishinabek Nation-Union of Ontario Indians met for the second time recently in an effort to bring concerns forward and gain a better understanding of what each party’s role is in dealing with enforcement issues on Manitoulin Island and the area.

“This and the first session were very good sessions and a long time coming,” stated Glen Hare, deputy grand chief of the Anishinabek Nation. “Finally, we are on the right track for reconciliation between the Anishinabek people and the MNRF.”

“The main focus is working together so that when a First Nation person is contacted in the field for a  violation. The goal is to work more cooperatively with the community (of the person charged) when enforcement violations occur,” stated Roch Delorme, staff superintendent enforcement manager of the MNRF Northeast region, after the meeting with the UOI.

“We just want good relations with the ministry, we don’t want unnecessary confrontations any more,” stated Chief Hare. “For instance, we have hunting and fishing rights to do this sort of activity in other areas, under treaty rights, and shouldn’t be stopped from hunting in other areas. It is all part of the treaties, unless safety violations occur.”

“And the current justice system doesn’t help,” said Chief Hare. “We have sentencing circles in our communities, and we want to deal with some of the issues ourselves, such as overharvesting. We have the same concerns as the province, we don’t want this type of thing to take place and we can take action in our own community, with individual community members, without all of this having to be dealt with through the courts.”

Chief Hare noted the meeting was called for two to three months ago. “We met the MNRF about 30 personnel including conservation officers this area, basically my thought listen our First Nations who have issue past or today. Second one.”

“At this meeting everything was put on the table, all the concerns and issues,” said Chief Hare. “There was about 60 people in attendance, MNRF personnel and First Nations from all over the island and area.” He pointed out the meeting was held in Wikwemikong.

Mr. Delorme told the Recorder, “this was our second meeting as a group sitting together. We (MNRF) sit on a joint resource management council with the UOI. There was very good representation at this latest meeting, there had to be a crowd of between 50-60 people, with 21 MNRF representatives and 30-40 First Nation representatives.”

“The first perspective we wanted to get is their point of view and history of relations locally and the area between First Nations and the ministry,” said Mr. Delorme.  “After that a  roundtable discussion was held with a view of looking at what has taken place in the past and how we can work better together in the future.”

“The main focus is working together when there is contact in the field and resources,” said Mr. Delorme. “The goal is to work more cooperatively together, recognize both parties’ issues and concerns and work together more.”

Mr. Delorme explained, “there is a whole process in place to follow when violations involving First Nations persons occurs. But, for example, if an (conservation) enforcement officer is investigating a safety violation, tickets may be handed out right away. If someone has a loaded firearm in their vehicle, we will charge them on the spot, and the (MNRF) chief of enforcement is contacted.”

Chief Hare noted,  “there were a number of issues I shared at the meeting, for instance the MNRF has to observe the rights our people have in treaties to hunt and fish for instance in other parts of the province and the country, without being pulled over by COs. Supreme Court decisions recognize that we have these treaty rights and they need to be recognized by the MNRF. Instead of charging our people for this type of stuff immediately, they (MNRF) should take their information down and contact the community representatives in which they live. We don’t have the resources to fight all these types of matters in course-the Crown does. I don’t want to have our people to be targeted or have to go through anything like the Operation Rainbow court case years ago.”

“If one of our people breaks the law, yes they need to be sentenced, and we have sentencing circles in our communities,” said Chief Hare. ‘”We know who in our community are violating laws and where the abuses are. And we have the same goals as the MNRF in protecting resources, but they need to respect our treaty rights as well.”

“It is about relationships and making sure that First Nations people understand and know that we are not targeting them or seeking charges against First Nations persons,” said Mr. Delorme. “When it involves safety issues yes charges need to be  laid immediately. But when it comes to things such as aboriginal rights to hunt or fish in other areas that is another case.  Things have been good, and we want to establish good communications between the conservation officers, Manitoulin Island and First Nations people and make sure that it is being followed and everyone knows what they need to expect.”

“I found this and the first meeting to be very positive,” added Mr. Delorme.