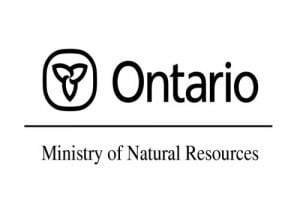 LAKE HURON—The 90-day comment period has begun on the Ministry of Natural Resources’ (MNR) lake trout rehabilitation plan for Lake Huron, but some Manitouliners have doubts as to whether lake trout can ever replace the Chinook as the sport fish of choice.

David Reid, Lake Huron management supervisor with the MNR’s Upper Great Lakes Management Unit, explained that prior to the 1940s and ‘50s, lake trout was a native species to Lake Huron and the Great Lakes. “Through problems with exotic species and overfishing, the fishery collapsed in the lower Great Lakes,” he explained. “Parry Sound and Iroquois Bay (in McGregor Bay) had the only surviving naturally occurring species. We’ve been playing catch-up ever since.”

Mr. Reid noted that the sea lamprey invasion played havoc, decimating the population. “When sea lamprey control started in the 1960s, it provided the opportunity to start stocking fish again,” he said, noting the Great Lakes Fisheries Commission of 1955 and its plan for getting lake trout back on track.

“We’ve been trying to do this (repopulate Lake Huron) for many years, originally stocking splake (a lake trout, speckled trout cross) with the thought it wouldn’t be as vulnerable to lake trout,” Mr. Reid continued. “That didn’t work out.” (The hybrid species did not reproduce in significant nubers.)

“Since the mid-1960s we’ve been stocking pure strain lake trout,” he added. “The 1996 plan has run its course and we learned a lot. This is the revised lake trout plan and it entails overarching goals with rehabilitation zones created because of historic spawning habitat.”

The two fishery management zones (FMZ) Mr. Reid is referring to are FMZ 13 and 14.

Fishery management zone 13 includes, at its western boundary, the international border between the United States and Canada south to the mouth of the St. Clair River, the MNR website states. The eastern border extends along the southern shore of Manitoulin Island and along the west coast of the Bruce Peninsula south to the St. Clair River. Island communities adjacent t FMZ 13 are Providence Bay and South Baymouth.

Fishery management zone 14 includes the waters of Georgian Bay and the North Channel.

The goal for FMZ 13/14 is: “to restore an ecologically balanced fish community dominated by top predators and made up of largely self-sustaining native and naturalized species.”

“Historically, the open waters of FMZ 14 supported a coldwater fish community dominated by lake trout, burbot, lake whitefish and cisco,” the website states. “Extensive, shallow nearshore areas in the North Channel and eastern Georgian Bay supported a diverse cool and warmwater aquatic community. It was represented by walleye, small and largemouth bass, northern pike, muskellunge and yellow perch. Dramatic changes have occurred in the fish community in this zone largely as a result of exotic species and habitat loss. As a result, fisheries management in FMZ 14 is focused on fish community rehabilitation.”

“There are many good reasons for re-establishing healthy lake trout populations in Lake Huron,” the Environmental Registry states. “This species plays a critical role in the ecology of the lake through its ability to occupy the abundant deep-water habitat and regulate the numbers of prey fish. Unlike salmon, which feed almost exclusively on alewife and smelt, lake trout consume less prey, have a much more varied diet and provide stability to the fish community (as a keystone predator). In addition, they help buffer the harmful effects of invasive species and self-sustaining lake trout populations can provide opportunities for subsistence, commercial and sport fisheries.”

Iroquois Bay has been ranked as a priority No. 2 out of 17 areas, with Frazer Bay fourth, the western North Channel eighth and Darch Island in the North Channel as fourteenth.

Mr. Reid explained that measures for exploitation control are also part of the plan, including seasonal exclusions, the reduction of commercial fishing activities in some zones, a possible closed winter season, reducing limits, a “no wild fish harvest,” and promotion of catch and release.

“I want to assure everyone that stocking will be thoroughly reviewed,” Mr. Reid reiterated.

This is exactly what worries Jim Sloss, president of the United Fish and Game Clubs of Manitoulin.

He said that the demand for Chinook salmon “is big,” and noting that the Americans are planting Atlantic salmon, which spawn more than once. Both he and retired MNR conservation officer Ian Anderson have made comments to the registry, he added.

“I think we’ve done what we can, it’s up to anglers and First Nations people to have their say now,” Mr. Sloss said.

The president also said he doubted whether minds can be changed to see the lake trout as the new dominant sport fish of Lake Huron.

“Walleye and salmon are the sought after fish,” he said. “We want to see a balanced, diversified fishery, hence the walleye hatcheries in Lake Kagawong and Sheguiandah. We would also like to get MNR approval to raise rainbow trout and would certainly welcome the chance to raise Atlantic salmon.”

“Not all agree that we should be putting so much emphasis on restoring lake trout fishery solely,” said Bob Florean, a Manitoulin Stewardship Committee member, in sharing his personal thoughts. “Many out there feel that getting lake trout reproducing naturally, thriving and returned as a part of the aquatic ecosystem is good news, but they also note that this lake has now changed tremendously due to the impacts of the over 180 invasive, alien and non-native aquatic species that have now established here. Some of these species have had a profound and negative effect on the aquatic ecosystems of this lake (e.g. sea lamprey, smelt, alewives, spiny waterflea, zebra and quagga mussels). Thus from this point forward, they suggest that we need to use an adaptive management approach to managing the fisheries of these waters. One that actively incorporates managing introduced and now naturalized species such as rainbow trout (steelhead), the pacific salmon species (Chinook, Coho, pink salmon) and Atlantic salmon as well.”

“Let’s not put all of our eggs into one basket (lake trout), let’s also be mindful that other options exist which must be incorporated into any future fishery management decisions,” Mr. Florean continued. “If lake trout and the original native species thrive again, that will be a bonus. Meanwhile, let’s remain adaptive and realistic to what may happen next to an aquatic ecosystem that is in an evolving situation.”

Mr. Reid pointed to the success of Parry Sound’s lake trout rehabilitation plan and the development of a successful sport fishery there.

The Expositor contacted Doug Mortson, who sat on a public advisory committee that assisted the MNR with the Parry Sound plan for his thoughts.

“Here, at one time, you couldn’t catch a lake trout,” the lifelong Parry Sound resident said. “It used to be the sport fish of choice at one time and it’s an excellent fishery once again.”

“There are restrictions on seasons and size, but there’s a lot of recreational fishing to be had—now that the fishery is booming in both winter and summer,” Mr. Mortson continued. “It’s definitely one of the success stories.”

He admitted that lake trout don’t put up “as good a fight” as salmon, but the species are fighters in their own right. “And if Manitoulin can get a self-sustaining fishery, like ours, the MNR will no longer have to stock the fish,” he added.

“Salmon is a ‘put and take’ fishery,” Mr. Mortson continued. “It’s not self-sustaining. With lake trout, you’re also dealing with a fish that’s natural to the area.”

He noted that the winter fishery for lake trout is also a boon as of late, and a positive thing for Parry Sound.

“I think that some people don’t appreciate what we had (before the collapse),” he said. “Lake trout fishing had a long history and interest here has been re-generated.”