MANITOULIN—A delegation from the Manitoulin Municipal Association (MMA) met with the Minister of Municipal Affairs and Housing at the Association of Municipalities of Ontario (AMO) annual meeting last week in regards to concerns it has to the implementation of the 1990 land claim agreement with First Nations—notably with taxation and the downloading of costs on municipalities.

While the Recorder was unable to contact Mr. Chapman for comment on the meeting with Ms. Wynne prior to this week’s press deadline, Mr. Williamson provided a synopsis of the meeting. “Mr. Hunt and Mr. Chapman made a delegation to Minister Wynne and discussed the 1990 land claim agreement,” he said. “Mr. Chapman’s position was that the municipalities are not in the position to fund the land claim settlement, in relation to a previous meeting he and Mr. Hunt had with UCCMM (United Chiefs and Councils of Mnidoo Mnising) representatives in regards to the purchase of properties and the possible erosion on the municipal tax base, and that it would be unfair to expect the municipalities to pay for this. And, that the UCCMM has concerns that putting in place service agreements between First Nations and municipalities would be unreasonable.”

As reported in the May 18, 2012 edition of the Recorder, a motion had been passed by the MMA earlier this year and had been endorsed by the Federation of Northern Ontario Municipalities (FONOM) on the latter’s concerns regarding the 1990 Manitoulin land claim agreement process.

The MMA indicated that this is not an issue the municipalities have with claims being made by the First Nations and support the 1990 land claim. The MMA motion states in part, “to date the province is ignoring the concerns of the municipalities in the district in regard to the implementation of the 1990 lands claim agreement. The implementation of this agreement, without fair consideration of both Native and non-Natives, will create a serious conflict between Native and non-Native communities.”

The land claim agreement allows First Nations to purchase land and hold it in trust, removing it from the tax base. Though municipalities can then create usage agreements for services like sewer and water, education and policing, services provided by the District Services Board (DSB), it would be more difficult for municipalities to charge back ‘user fees’ to First Nations that would compensate the municipality’s for lost tax-based revenue, as in the DSB’s case, based on the entire municipality’s assessment.

The resolution points out, “the continued erosion of the tax base will result in financial insolvency of affected municipalities,” and they are looking for “assurance the province will guarantee First Nation adherence to planning, zoning and municipal bylaw controls.” It also says, “That supporting the lands claims agreement as established would set a precedent that would negatively affect the municipalities in Ontario.” The motion calls on the province to compensate municipalities for lost tax revenues and demands the province to have surveyed road and marine allowances remain under municipal controls, and that a dispute resolution mechanism be put in place to avoid legal disputes over infrastructure, social services, policing and education.

“Mayor Chapman put forward our (MMA) case, and I came in at the end with a few comments,” Mr. Hunt told the Recorder. “At the end the minister said she would take our concerns and they will look at it seriously again. I think both sides are interested in getting this land claim resolved, but to get a better grasp of what the issues are. We indicated we are also trying to keep good relations with our local First Nations as well, which is something we have always had in place.”

Mr. Hunt explained, “at the previous meeting with UCCMM and provincial negotiators it was proposed that municipalities could continue services on lands purchased by First Nations, and they could be billed for this, but First Nations don’t collect taxes from their residents. I think we got this across at the presentation we made (last week at AMO). The minister and her representatives will talk to the negotiators in the land claim discussions in regards to our concerns.” 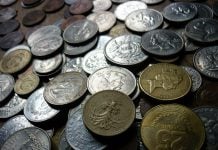 Municipal leaders call for one percent of HST hike 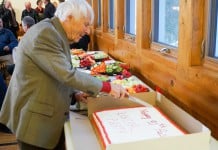