WIKWEMIKONG—The satellite communities that make up the greater Wikwemikong community each take turns hosting a traditional powwow and this year it was the communities of Murray Hill/Cape Smith’s turn to host the event. While the competitive powwow that is part of the Wikwemikong Cultural Festival on the August long weekend may be better known, it is at the traditional powwows that the real community spirit comes forth to shine.

As each community only hosts the event once every seven years, maintaining a separate arena and grounds can be problematic, particularly for the tinier communities, so the Murray Hill/Cape Smith traditional powwow took place in the Village of Wikwemikong at Thunderbird Park. 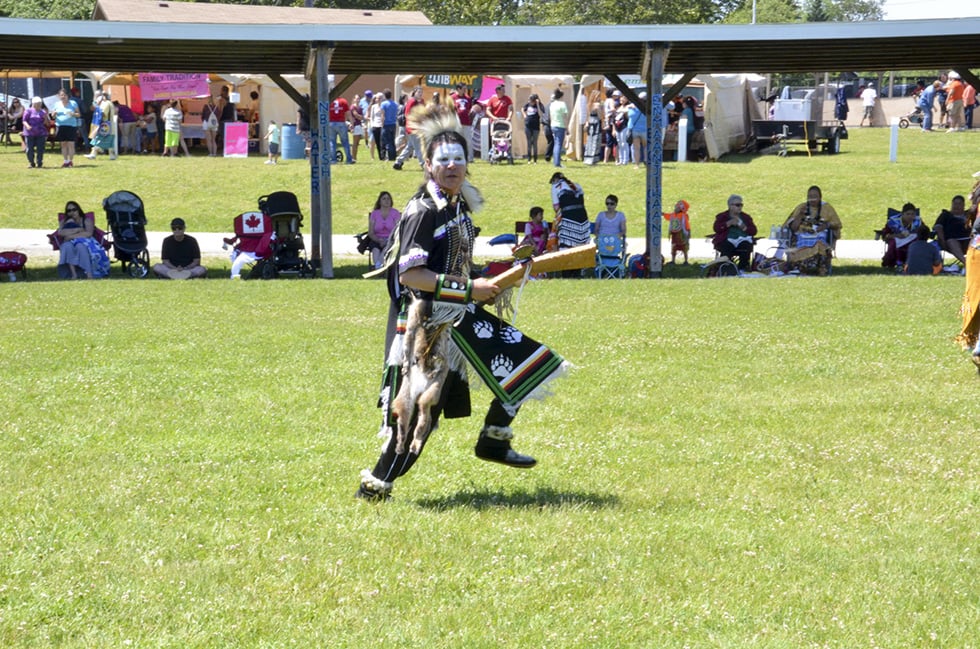 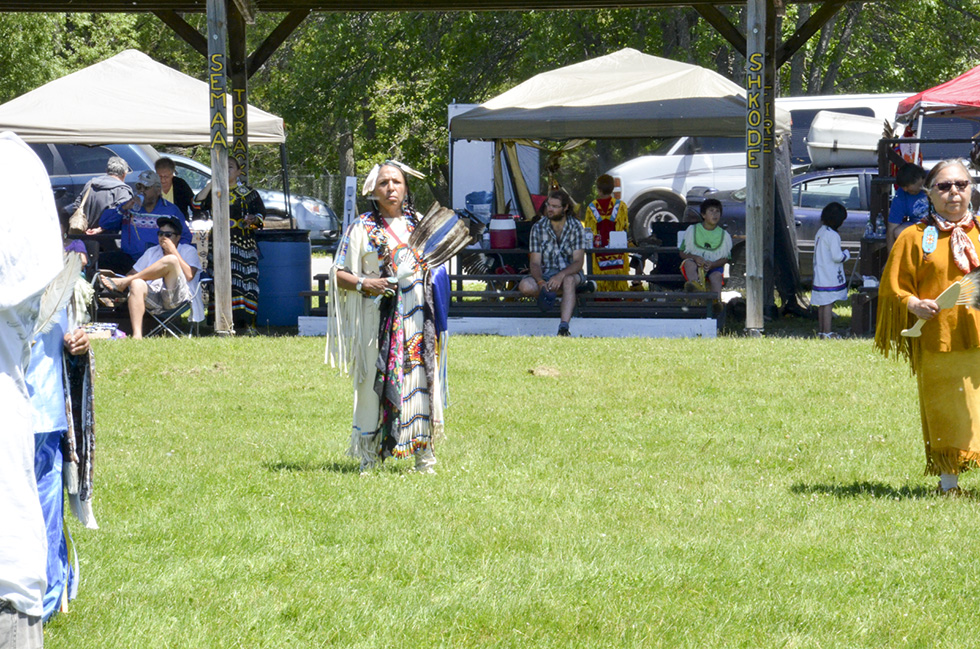 There is less pressure on the dancers in a traditional powwow, and many young dancers take the opportunity to learn the steps and practice their craft before venturing onto the larger stage of a competitive event, but many others simply dance only at the traditional powwows, happy to continue the traditions often passed down from their family members.

With the passage of each year the number of participants in the Tiny Tots category has grown and the dance arena comes alive with tiny figures wearing jingle dresses, waving shawls in exuberant dance, walking stately in a women’s traditional style or going through the stylized hunting and warrior moves of the men’s traditional storytellers—each mimicking their elders’ moves with determined effort (or wandering off chatting with a best friend as children of all communities are wont to do), and usually accompanied by a doting adult caregiver, sometimes dressed in regalia themselves, or as often not, but each shepherding their charges with obvious pride.

The traditional powwow has been the birthplace of a resurgence of aboriginal culture long before the present day focus given by national events and when it comes to experiencing the authenticity of these traditional community gatherings, no better place can be found.