Home News Headline New Democrats to focus on solutions as speech from the throne delivered
Facebook
Twitter
ReddIt
Email
Print
The Recorder
QUEEN’S PARK—In response to the Speech from the Throne earlier this week, NDP leader Andrea Horwath said she’s hoping to pierce partisan differences and work toward solutions that put people first.
“As the legislature begins, New Democrats will focus on the priorities that is on the top of mind of families: creating jobs, making life more affordable and strengthening health care,” said Ms. Horwath. “The government’s making the right sounds about working together, but the proof will be in the pudding.”
Mike Mantha, MPP for Algoma-Manitoulin, agreed with Ms. Horwath they are pleased to see language in the Speech from the Throne acknowledging concerns about affordability, as well as a commitment to invest in homecare.
“There was some encouraging things mentioned in the throne speech,” Mr. Mantha told the Recorder. “It was nice to see ideas for looking at creating jobs and making things more affordable for residents of Ontario. But there are some concerns we have, including no mention of taking the HST off home heating bills.”
“It’s clear we’ve put some issues on the agenda. Households are facing unprecedented challenges and the cost of living has grown too high,” said Ms. Horwath. “We’ve been raising the issues of families who want to tackle waiting lists for homecare that has reached 10,000 and relieve stress on our hospitals.”
However, Ms. Horwath said the McGuinty Liberals’ insistence on corporate tax giveaways while rejecting the NDP plan to take HST off home heating is disappointing.
“The same tired solutions we’ve been trying for ten years are going to produce the same results,” said Ms. Horwath. “We need a new approach. It’s time to make life more affordable for households that are scrambling to make ends meet.” 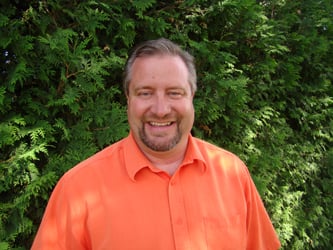