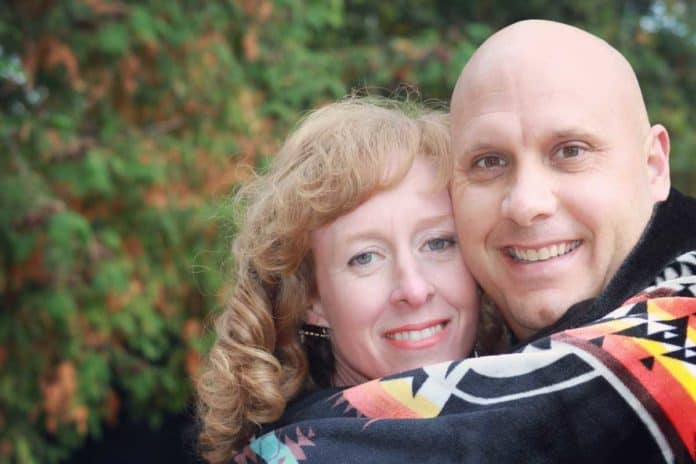 Terri Mousseau was almost a Haweater, so moving to the Manitoulin has been a homecoming of sorts. Terri’s mother, Karen Pyette, originally from South Baymouth, was pregnant with her when she and her husband, Gordan Little, from Tehkummah, moved the family to the Niagara region where employment opportunities were greater.

Terri missed being born on the Island by only a few months, but spent her childhood and, later, adult summer vacations on Manitoulin revelling in being in ‘God’s country.’ “We would always come up for at least a few weeks each summer and were always sad to leave because we love this place so much,” says Terri.

Terri and her husband, Danny, both nurses, were raising their three daughters in the small city of Grimsby and working nearby in a hospital in St. Catharines. Although they enjoyed their jobs in Niagara Health’s nephrology department, they were increasingly disenchanted with Grimsby’s rapid growth. Within two years of having Go train service to the community, it had doubled in size as new suburbs sprung up, losing its comfortable small-town feeling.

“So, when we saw there were Northern nursing initiatives that applied to the Island, we leapt at the chance to move our family to NEMI where we could still have great jobs and also give our girls a great way of life,” explains Terri. “Why not live where we love to vacation?!”

“Down in the city, we wore ourselves out, as the pace was so fast,” adds Danny, who had grown up in a small village of 400. “We decided to slow down and simplify our lives, moving here to take advantage of a more relaxing lifestyle.”

The couple took on new nursing positions—Terri at the Manitoulin Health Centre (MHC) and, initially, Danny at Noojmowin Teg Health Centre in Wiikwemkoong—in September 2018. Their careers moved in entirely different directions as a result. Instead of working on a single, specialized floor of a big hospital, they now find themselves revolving through everything from the maternity and surgery to the emergency departments—wherever they are needed—much to their delight.

Both rave about the high quality of care and the innovative approaches being taken at MHC, where both are now employed.

“The entire health team is extraordinary and so supportive, bending over backwards to welcome us, train us and accommodate our scheduling needs,” says Terri. “Doctors here, especially, are so inventive. They are incredible—offering novel programs, such as providing housing for nursing and medical students, and encouraging young minds to pursue new ways of thinking and working.”

Patients are different too, observes Danny, less demanding, certainly more patient and much more appreciative. It took a while to adjust to running into patients in the grocery store or on the streets, something uncommon in the city. But, although he and Terri feared this might be awkward, they’ve concluded it’s actually a benefit because “you get to know patients as real people with real families and understand the circumstances surrounding their lives so we can practice holistic nursing in a way we couldn’t before. It has been a real eye-opener for us, translating book knowledge into real life practice.”

Work isn’t the only aspect of their lives that has undergone a metamorphosis.  Being here has helped Danny to reconnect with his Indigenous roots and take pride in his heritage in a way he had not previously. A member of the Huron First Nation, Danny had largely ignored his Native background growing up in Harrow in Southwestern Ontario. It was when he started exploring career options that he discovered Indigenous nursing and began a journey of both professional- and self-discovery.

Danny attended Six Nations Polytechnic in Ohsweken to become a registered practical nurse through a program affiliated with Mohawk College. He now puts the invaluable experience and cultural sensitivity gained by training on the Six Nations Reserve, the largest in Canada, to his work on Manitoulin. Since moving here, he has begun to learn the Odawa language to better communicate with patients and with local people in the community. Danny is currently completing a degree remotely to become a registered nurse through McMaster University, again with a concentration on Indigenous health, which is now more meaningful to him.

“I had never focused on being Indigenous or felt a sense of Native pride before coming up here,” explains Danny. “Now that I’ve begun digging into my family roots and embracing my heritage, it has become a bigger party of my life.”

The couple says their family life has been enriched as well since making the move. In Grimsby, they often went their own ways and spent way too much time in shopping malls. On the Island, they spend time together as a family taking in powwows, local fairs and farmer markets. They also love outdoor activities including hikes, cross-country skiing in the winter or canoeing offshore in front of their house in the summer.

In fact, it was getting stranded off Strawberry Island when unexpectedly wild winds picked up while out canoeing one day that reinforced how wonderful living here is.

Finding themselves stranded on the Island, they sent out a plea for help on the Facebook page of their White’s Point community association. Within minutes, a neighbour they’d never met had rounded up another neighbour they also didn’t know who made the mad dash over choppy water in his boat to rescue them and get them back home safe and sound.

Another neighbourly experience in Wiikwemkoong underlined how Islanders look out for and care about each other. When the car would not start one day, Danny quickly found himself surrounded by 10 people and others passing by on the street who pushed the car and got it going in minutes.

No place is perfect, but Manitoulin comes very close in their books. Adjusting to early store closing hours and finding it impossible to get gas in the evening was a big change, as is the shortage of restaurants they were accustomed to. And then there’s the colder, snowier winter weather.

“Although winters are a bit of challenge to adapt to, the Island community makes it warm here year-round! Everyone has been so very welcoming and kind. We are really proud to now call Manitoulin home.”