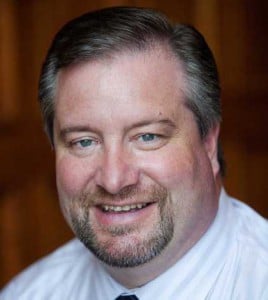 Recently I held a telephone town hall in Elliot Lake with NDP Leader Andrea Horwath to discuss Hydro prices and the sell-off and listen to your concerns.  This was a well-attended event; the overwhelming agreement amongst participants that this was a bad move was undeniable.  This was the first independent analysis of this sell-off and it clearly shows that this is a short-sighted move and would have negative consequences in the long term. My colleagues and I believe the Premier should follow the advice of the FAO and commit today to stopping the sell-off of Hydro One before this turns into another billion dollar Liberal boondoggle for the people of Ontario.

The FAO report demonstrates that the Premier’s promises that the sell-off would return $4 billion for transit and infrastructure are false and that the total could be billions of dollars less. The report also clearly outlines that Ontario will be in worse long-term financial shape as it will lose between $444 and $487 million a year in foregone net revenues by 2025 as a direct result of the sell-off. It doesn’t take an economist to figure out this is a raw deal for Ontarians.

The Premier has been telling Ontarians that the sell-off will raise $4 billion for infrastructure and transit, but the FAO report shows that the sell-off could raise as little as 1.4 billion dollars – a fraction of what she has been promising. At $4 billion this sell-off was unnecessary and a bad deal. At $1.4 billion it is absurd that the Premier would even consider it. NDP Leader Andrea Horwath told the media in a press conference this Friday that “it is gross incompetence if she cannot make up 0.1% of her budget without selling-off Hydro One. Thanks to the FAO we have a chance to stop another Liberal boondoggle before it costs Ontario families and businesses billions of dollars.”  My colleagues and I are urging the Premier to immediately commit to stopping the sell-off of Hydro One before it is too late.

The FAO’s damning report is the first independent analysis of the Liberal sell-off of Hydro One, despite the Premier’s promises for an independent and transparent process.

At a time when households across Algoma-Manitoulin and the province are struggling to pay their rising hydro bills the Premier appears to be completely out-of-touch and misguided in this sale.

People across Ontario are furious about the sale of Hydro One. The Premier was elected with a majority mandate; however she did not campaign on this sale.  Ontarians are tired of being lied to and misled.  Ontarians have made their voices heard, I and my colleagues have been outspoken on this issue, and the Premier continues to ignore the public’s wishes. This is not over, we will continue to demand the Premier to stop this sell-off and address the high hydro costs of this province.